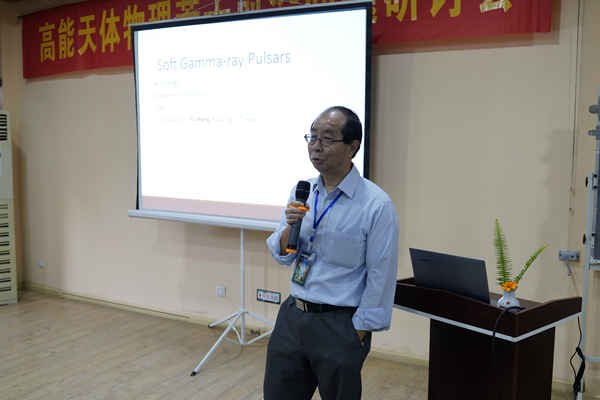 Prof K.S. Cheng studied at the Chinese University of Hong Kong and received his PhD. at Colombia University in 1984. He had a postdoc position at the University of Illinois, and returned to Hong Kong (University of Hong Kong) in 1988. At this institute, he became full professor in 1994, and he currently still holds a position here.
His major research areas are the physics of compact stellar objects (e.g. structure, cooling, glitches and other internal activities of neutron stars) and high energy astronomy (e.g. X-ray and gamma-ray emission mechanisms of pulsars, gamma-ray bursts and high energy phenomena related to stellar capture processes). Recently, he mainly works on gamma-ray sources detected by the Fermi satellite.
Prof Cheng’s is a Fellow of Royal Astronomical Society (1993), received a Croucher Foundation Senior Research Fellowship in 2000 and is a Fellow of American Physical Society since 2007. He was rewarded the National Natural Science Award for the “Theory of Pulsar Radiation (1993), the Outstanding Researcher Award of the University of Hong Kong (1999) and the National Natural Science Award for “Studies on Afterglows and Central Engines of gamma-ray Bursts” (2003).
Prof Cheng has published over 200 refereed papers. Some of them can be found at his ADS private library:
http://adsabs.harvard.edu/cgi-bin/nph-abs_connect?library&libname=K+S+Cheng&libid=524e44239d