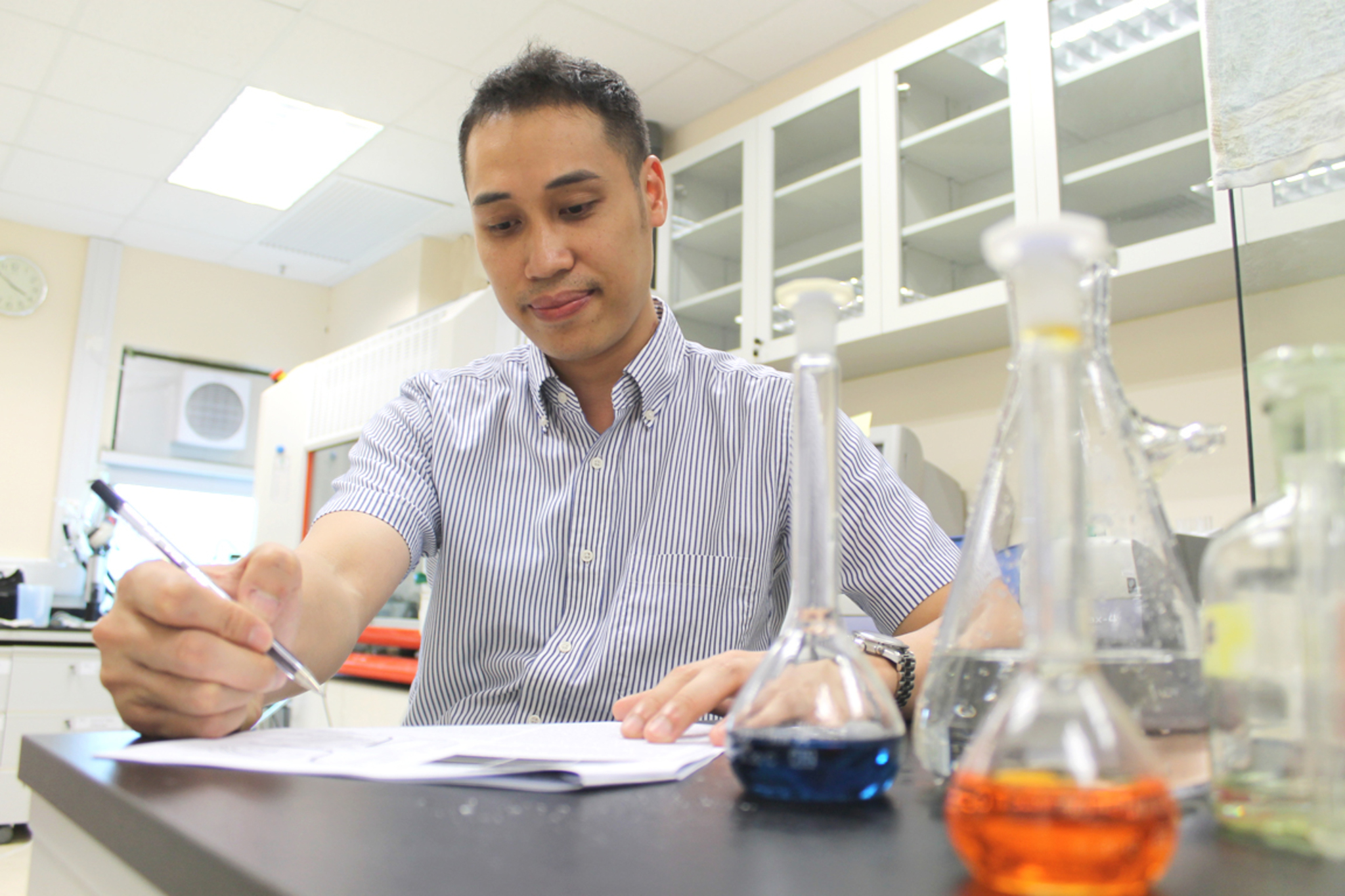 Dr Chow joined the Department of Science and Environmental Studies of The Education University of Hong Kong as an Assistant Professor in 2010 and became an Associate Professor in 2013. In 2014, he was concurrently appointed as the Director of Knowledge Transfer in the University. Dr Chow received The President’s Award for Outstanding Performance in Research: (i) Early Career Research Excellence Award and (ii) Research Excellence Award from the University in 2013 and 2016, respectively.

Dr Chow Cheuk Fai, Stephen’s research interests lie mainly in influential areas of supramolecular analytical chemistry such as sensors and catalysts, which contribute to the field of environmental studies. Dr Chow has been the Principal Investigator of various successful external research projects in the area of analytical chemistry and environmental education, with total funding of over HK$10 million. He was awarded 3 General Research Fund grants from the Research Grants Council in 2012, 2015 and 2016. He also obtained a Knowledge Transfer Fund grant from the PRC Guangdong Province and Ministry in 2013 to lead a project that aimed to detect toxic pollutants in drinking water in a sensitive and selective way. In 2016, he successfully received a grant of nearly HK$3 million from the HSBC Foundation for transferring his research results into an environmental education project that aims to educate our next generation about the importance of plastic waste management.

Over the past years, Dr Chow has published over 50 international refereed journal papers. Five articles on sensing and molecular recognition are highly recognized and highlighted as the cover stories in Analyst, Chemical Communications, Chemical Science, Journal of Material Chemistry, Chemistry-A European Journal. In addition, he successfully filed two patents by using his research in these areas in 2012 and 2015 respectively.