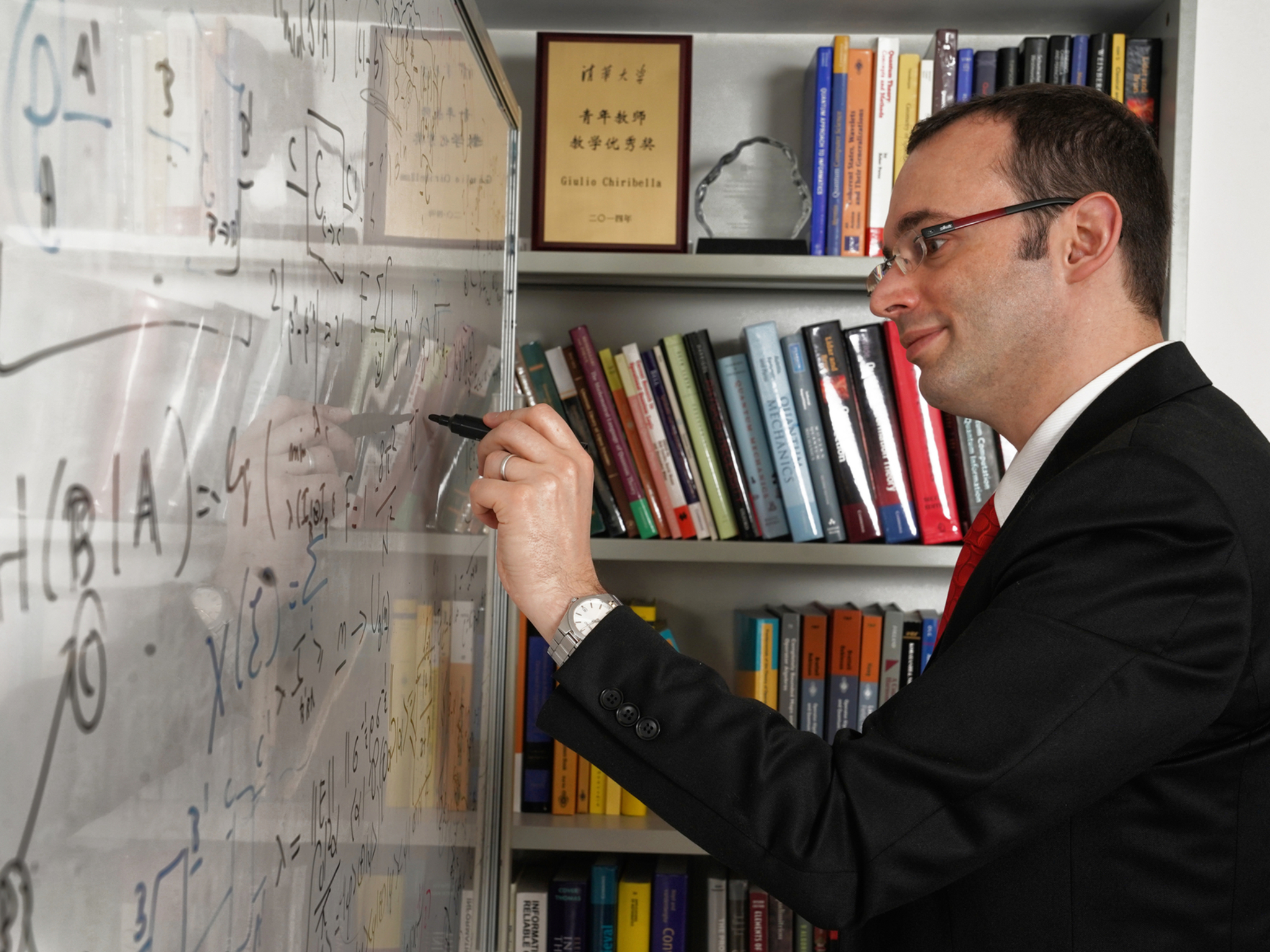 Giulio Chiribella is a leading expert of quantum information science and of the foundations of quantum mechanics. A physicist by training, he obtained his PhD in 2007 from the University of Pavia, Italy. In 2010 he was awarded the Hermann Weyl Prize "in recognition of his pioneering work on the application of group theoretical methods in Quantum Information Theory". Together with Mauro D'Ariano and Paolo Perinotti, he proposed a new foundation for quantum theory, showing that its counterintuitive rules can be derived from a set of physical principles. This research constitutes the subject of the new book Quantum Theory From First Principles: An Informational Approach (Cambridge University Press, 2017).

Currently, Giulio Chiribella is member of the Standing Committee of the International Colloquia on Group Theoretical Methods in Physics (ICGTMP), Member of the Canadian Institute of Advanced Research (CIFAR), Visiting Fellow of Perimeter Institute for Theoretical Physics, Member of the Foundational Questions Institute (FQXi), and Fellow of the National Virgilian Academy of Sciences, Letters and Arts (Mantova, Italy). He leads an interdisciplinary research group engaged in a broad spectrum of topics at the interface between physics and information science.  The overarching approach of the group can be described as one of “applied foundations”, in which the study of the foundational principles of quantum mechanics is combined with a search for new, more efficient ways to process information.