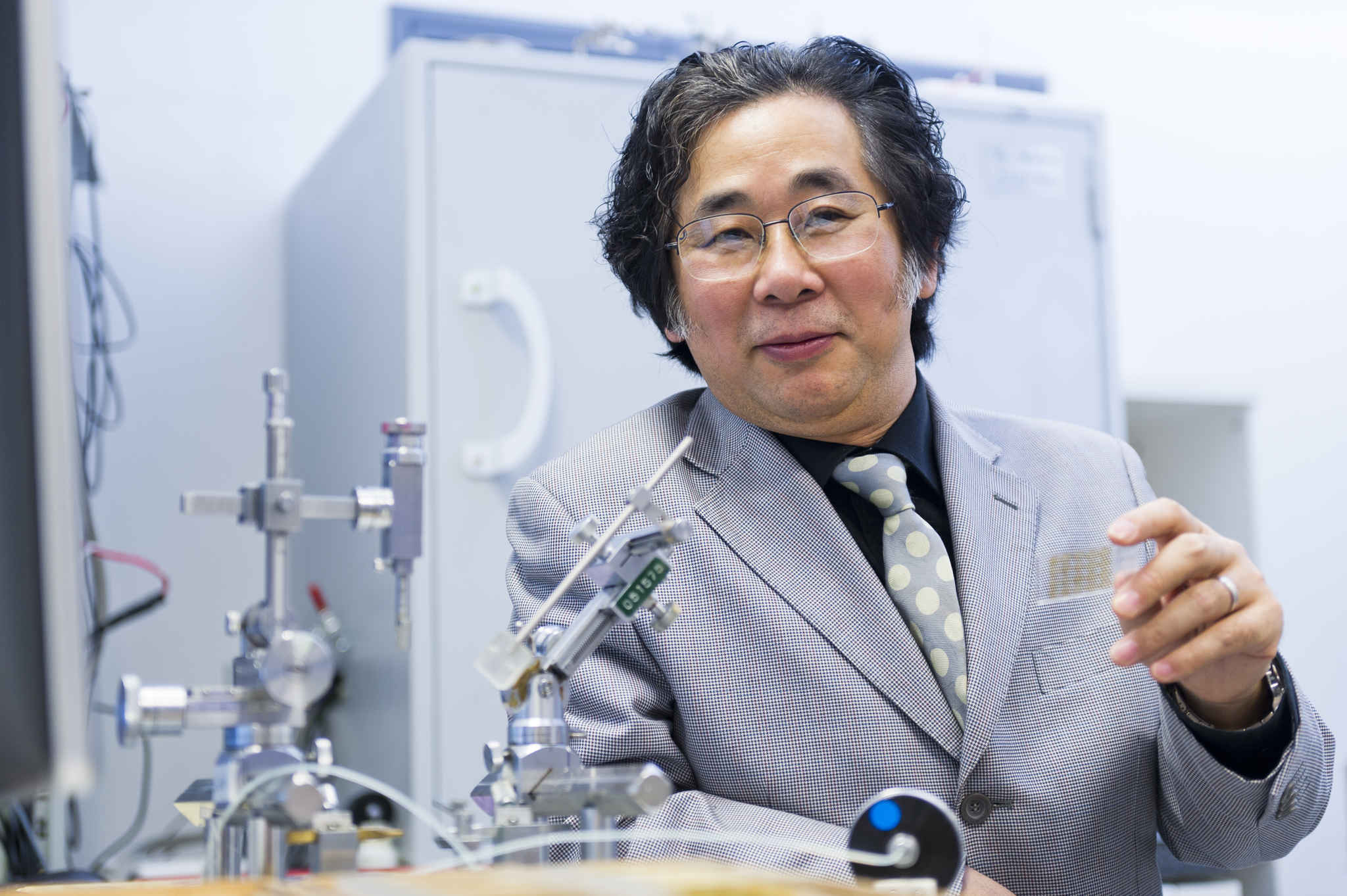 Professor HE Jufang is a Professor of Department of Biomedical Sciences at City University of Hong Kong. He is one of the leading neuroscientists in the hearing research and thalamocortical system, and learning and memory studies. He has received training in both engineering and medical sciences.


Professor He Jufang  and his team have recently identified the neuromodulator which plays a crucial role in memory formation. The neuromodulator is called cholecystokinin (CCK), which enables memory writing in the neocortex with very high efficiency. The findings may help develop drugs that can alleviate or even reverse the memory loss process caused by ageing or forms of dementia such as Alzheimer’s disease.

The research report entitled “Cholecystokinin from the entorhinal cortex enables neural plasticity in the auditory cortex” was published recently in Cell Research, a prestigious international journal in life sciences covering all areas of molecular and cell biology published by the Nature Publishing Group.

“Patients with damage to the medial temporal lobe have great difficulty in forming new declarative memories but can still recall older memories, suggesting that the medial temporal lobe is necessary for encoding memories in the neocortex,” said Professor He.
Professor He and his team therefore investigated the chemical composition of dozens of neurotransmitters and neuromodulators in the medial temporal lobe and found that most of the neurons in the region projecting to the neocortex contain CCK.
“According to published research reports, blocking CCK receptors suppresses conditioned fear and knocking out the CCK receptor gene reduces anxiety-like behaviour in rodents, suggesting that CCK is associated with memory function. We conclude that the hippocampal system exerts its influence on cortical neuroplasticity through the action of CCK. CCK switches on the memory writing in the neocortex,” explained Professor He.
The researchers in Prof He's lab conducted a series of experiments on rats by injecting CCK into the rats’ brains and studied the responses.

“A local infusion of CCK in the auditory cortex of an anesthetised rat allowed its neurons to begin responding to a particular auditory stimulus to which it previously had shown no response. The CCK infusion also enabled auditory neurons to start responding to a light stimulus that was paired with a noise burst,” added Professor He.
The application of a CCK receptor antagonist in the auditory cortex of rats prevented the formation of memory, according to Prof He.

“The local infusion of a CCK antagonist into the auditory cortex of rats prevented the formation of a visuoauditory memory in the auditory cortex even after 180 conditioning trials, in contrast to the successful formation of the memory after only 20 to 30 trials without the CCK antagonist,” he said.
Using intracellular recording, the researchers found out how memory is encoded and how visual and auditory stimulations are associated.

Professor He is now directing a collaborative team between CityU and the Drug Discovery Pipeline at the Guangzhou Institute of Biomedicine and Health, Chinese Academy of Sciences, for the development of CCK agonists and antagonists.
The first application of the agonist drug is directed at the people who experience memory deficits, such as people with Alzheimer’s disease.
The application of CCK antagonists includes post-traumatic stress syndrome.