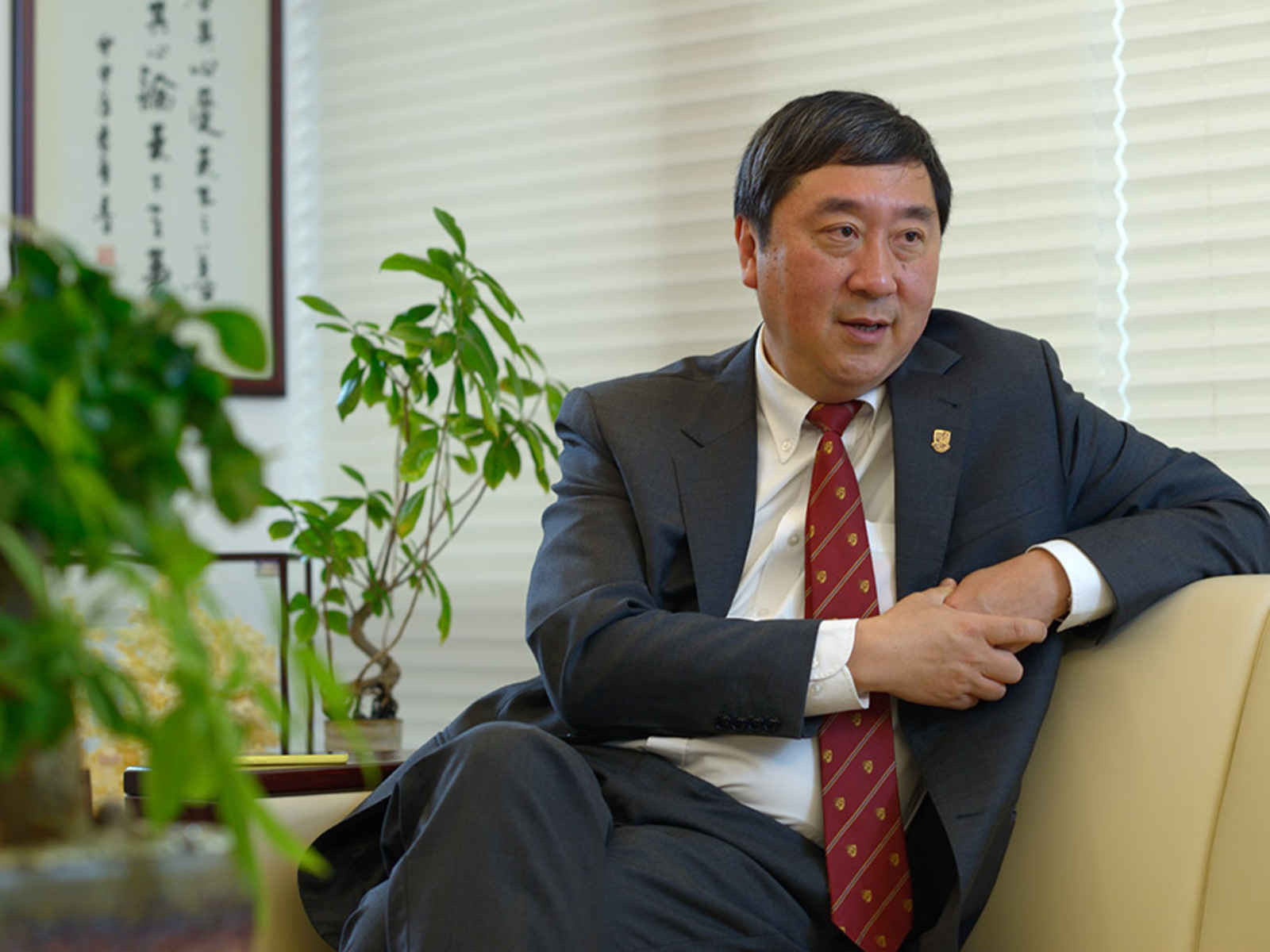 He received his MBBS degree from The University of Hong Kong in 1983, and was conferred a PhD in biomedical sciences by the University of Calgary in 1992, and his MD by CUHK in 1997. Professor Sung holds fellowships from the Royal Colleges of Physicians of Edinburgh, Glasgow, London, Thailand and from the American College of Gastroenterology, the Royal Australian College of Physicians, the American Gastroenterological Association, the Hong Kong College of Physicians and the Hong Kong Academy of Medicine. He was the 7th Vice-Chancellor / President of CUHK and is concurrently Mok Hing Yiu Professor of Medicine of CUHK, an Academician of the Chinese Academy of Engineering of the People's Republic of China, and Academician of the Eurasian Academy of Sciences.

Professor Sung joined the Prince of Wales Hospital, CUHK’s teaching hospital, as a Medical Officer in 1985. He later joined the Department of Medicine of CUHK as Lecturer (1992), and was promoted to Professor of Medicine and Therapeutics in 1998. He was the Chairman of the Department of Medicine and Therapeutics (1999-2010), Associate Dean (Clinical) of the Faculty of Medicine (2002-04) and Associate Dean (General Affairs) (2004-09), and Head of Shaw College during 2008-10. Professor Sung was appointed Mok Hing Yiu Professor of Medicine in 2007 in recognition of his significant contributions to the prevention and early diagnosis of gastroenterology cancers.

As a renowned scientist in gastroenterology, Prof Sung’s research interests include intestinal bleeding, Helicobacter Pylori, peptic ulcer, hepatitis B, colorectal cancer, and other cancers related to the digestive system. Prof Sung and his team proved the relationship between H. Pylori and peptic ulcer diseases. They were first in demonstrating that a course of antibiotics lasting a week can cure H. Pylori infection and successfully treat peptic ulcers and minimize their relapse. At the same time, he and his research team pioneered the use of endoscopic treatment for ulcer bleeding to reduce the need for operative surgery. These research results have a major impact on and have changed the practice of gastroenterology worldwide.

Prof Sung is a renowned researcher in gastroenterology and hepatology. He led a group of experts from 15 Asia-Pacific countries to launch colorectal cancer screening research in 2004, and has laid down clear guidelines and promoted colorectal screenings in the region. Because of his work in cancer screening and prevention, Prof Sung was honoured by the Prevent Cancer Foundation of the United States with the Laurel Award in 2008. In 2009, his seminal lectures on peptic ulcer bleeding won him the Marshall and Warren Lecture Award. In the same year, he was also awarded the Endoscopy Award of the German Society of Gastroenterology. In 2013, he received the Master of the World Gastroenterology Organization (WGO) Award from the World Gastroenterology Organization & WGO Foundation.

In recognition of his contributions to the advancement of medical sciences and academic development, Prof Sung has received numerous local and international awards, including the Laurel Award in 2008, the Ho Leung Ho Lee Advancement Prize in 2011 and the Hong Kong Fulbright Distinguished Scholar Award (HKSAR Government) in 2014.