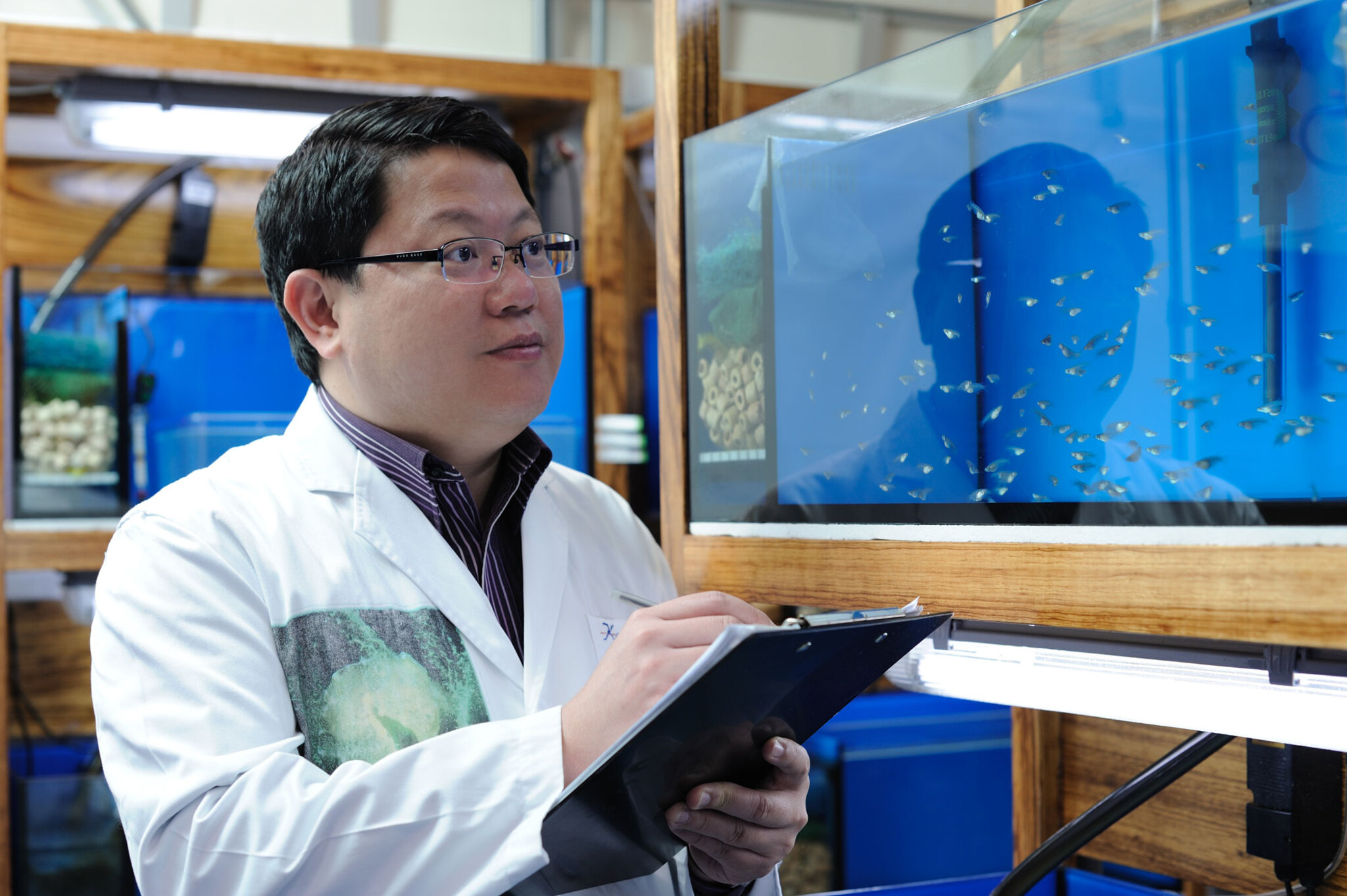 Kenneth Mei Yee Leung obtained a BSc degree in Applied Environmental Sciences with first class honours at University of Portsmouth in England in 1993, and accomplished his MPhil study in Environmental Science at City University of Hong Kong in 1996. As a recipient of the Swire’s James Henry Scott PhD Scholarship, he undertook a doctoral study at University of Glasgow in Scotland and obtained his PhD in Marine Ecotoxicology in 2000. He was subsequently awarded The Croucher Foundation Fellowship, enabling him to conduct his 18-month postdoctoral study in ecological risk assessment of chemical contaminants at Royal Holloway, University of London in England (2000-2001).

Kenneth Leung firstly joined the University of Hong Kong (HKU) as Research Assistant Professor in January 2002 and was promoted to Assistant Professor, Associate Professor (Tenured) and Professor in 2003, 2009 and 2013, respectively. During his tenure at HKU (January 2002 - July 2020), he also served as a Research Scientist at the Swire Institute of Marine Science, the Warden of Morrison Hall (2011-2017) and the Associate Dean (Research and Graduate Studies) at Faculty of Science (2014-2016) and Director of School of Biological Sciences (2018-2019). He was a recipient of the "Award for Outstanding Service Contribution 2010" and "Outstanding Research Student Supervisor Award 2016" at HKU. In recognition of his contributions to aquatic ecology and toxicology in Asia-Pacific, he was awarded the 19th Biwako Prize for Ecology by the Ecological Society of Japan, and conferred as a Fellow of the Society of Environmental Toxicology and Chemistry (SETAC) in 2017. He was also selected as one of the top 100 Asian Scientists in 2018 by Asian Scientist Magazine.

In August 2020, Kenneth Leung has joined City University of Hong Kong where he serves as a Chair Professor of Environmental Toxicology and Chemistry in the Department of Chemistry and the Director of State Key Laboratory of Marine Pollution (SKLMP). So far, he has published over 200 peer-reviewed articles which are principally related to marine ecology, pollution, ecotoxicology, environmental risk assessment and ecological restoration using eco-engineering. He is a founding Editor-in-Chief of the SCI journal Regional Studies in Marine Science, and serves on the Editorial Boards of the Journal of Hazardous Materials Letters, Marine Pollution Bulletin, Canadian Journal of Zoology and Ocean Science Journal.

He is currently serving as an expert member in various advisory committees (e.g. Advisory Council on the Environment, Country and Marine Parks Board) for the Government of the Hong Kong Special Administrative Region (HKSAR). Owing to his professional achievements and dedicated community services, he was selected as one of the “Ten Outstanding Young Persons” for Hong Kong by Junior Chamber International in 2010. In 2018, he was appointed as a Justice of the Peace by the HKSAR Government.