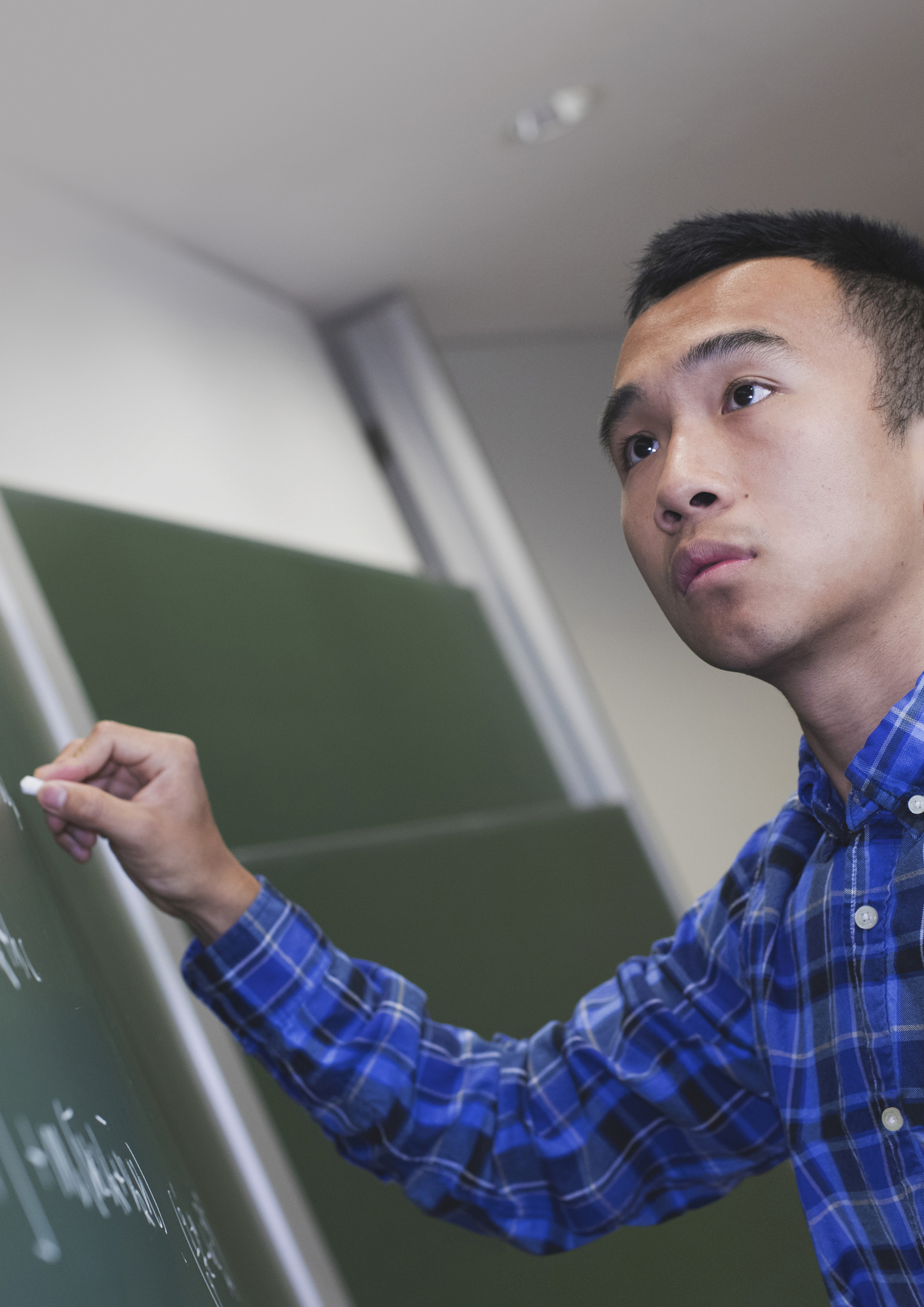 Lucas Tsun Yin Leung’s research in theoretical and mathematical physics is focused on particle phenomenology, which usually involves using theoretical or mathematical ideas to make qualitative and quantitative predictions in high energy physics. This area of research is broadly related to Beyond the Standard Model (BSM) physics, and utilises many ideas from mathematics particularly from the area of algebraic and differential geometry.

The Standard Model (SM) has been a very successful theory in describing elementary particle physics. It however fails to incorporate gravity which appears as a geometrical theory in Einstein's very successful classical theory of general relativity. Over the past few decades, mathematicians and physicists have been actively searching for candidates of Quantum Gravity (QG), a theory of everything that would provide a consistnet description to most phenomena in particle physics. String theory is currently the leading candidate for a theory of quantum gravity, but it is yet to be fully understood.

Part of his work involves using string theory to understand and predict new particles detected in particle colliders (most famously the Large Hadron Collider in CERN). This area of research is loosely classfied as string phemonology. As superstring theories operate on a ten-dimensional background, mathematical techniques are required to "reduce" the number of dimensions to four as observed in the world. This is called "string compactification" and is the principal way in which a consistent particle spectrum can be obtained from string theory. This requires the meticulous study of Calabi-Yau manifolds, the space in which superstrings live on, and algebraic geometric techniques such as cohomology to compute possible compactification models.

Lucas Tsun Yin Leung is a PhD student in the Rudolf Peierls Centre for Theoretical Physics at the University of Oxford. He received his undergraduate degree from the Department of Physics (Cavendish Laboratory) and his master's at Department of Applied Mathematics and Theoretical Physics at University of Cambridge, where he was awarded a Senior Scholarship, Normal Falcon Prize and Prince Philip Scholarship. He was awarded with the Tyson Medal in 2022.