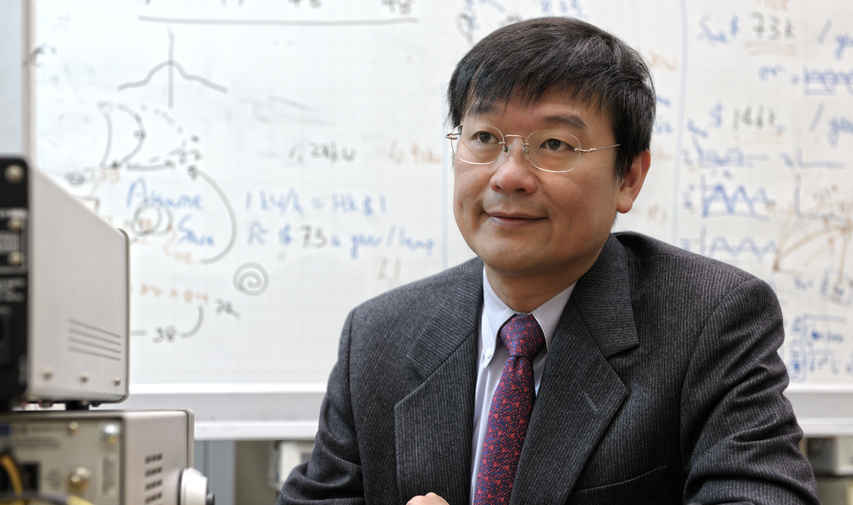 Professor Hui is the Philip Wong Wilson Wong Professor of Power Electronics at the University of Hong Kong. He is well known for his work on power electronics, in particular the development of novel strategies to manage energy consumption and electronic waste.

Light-Emitting Diodes (LEDs) are made of semiconductor materials that give off light when a current is applied to it. They are commonly found as small indicator lights and are becoming more widely used as light sources. When well implemented, LEDs can be more energy-efficient and reliable than incandescent or fluorescent lighting. The performance of LED systems is heavily influenced by two components: the driver which manages the power delivered to the LED; and the heat sink which dissipates heat from the light-producing junction.

Professor Hui has pioneered a theory that describes how heat, light and power interact in an LED system. This enables light output of a LED to be maximised through the design of driver and heat sink conditions. This groundbreaking theory has been acknowledged through several international awards, and resulted in the adoption of a new industry standard in power electronics.

Professor Hui is also involved in the development of emergent technologies to regulate and stabilise future power grids known as “Smart Grids” that distribute power from renewable sources over wide areas. A research team under his leadership recently announced the world’s first “Electric Spring” designed to optimise the performance of power grids connected to intermittent renewable energy sources such as wind-turbines and solar panels.