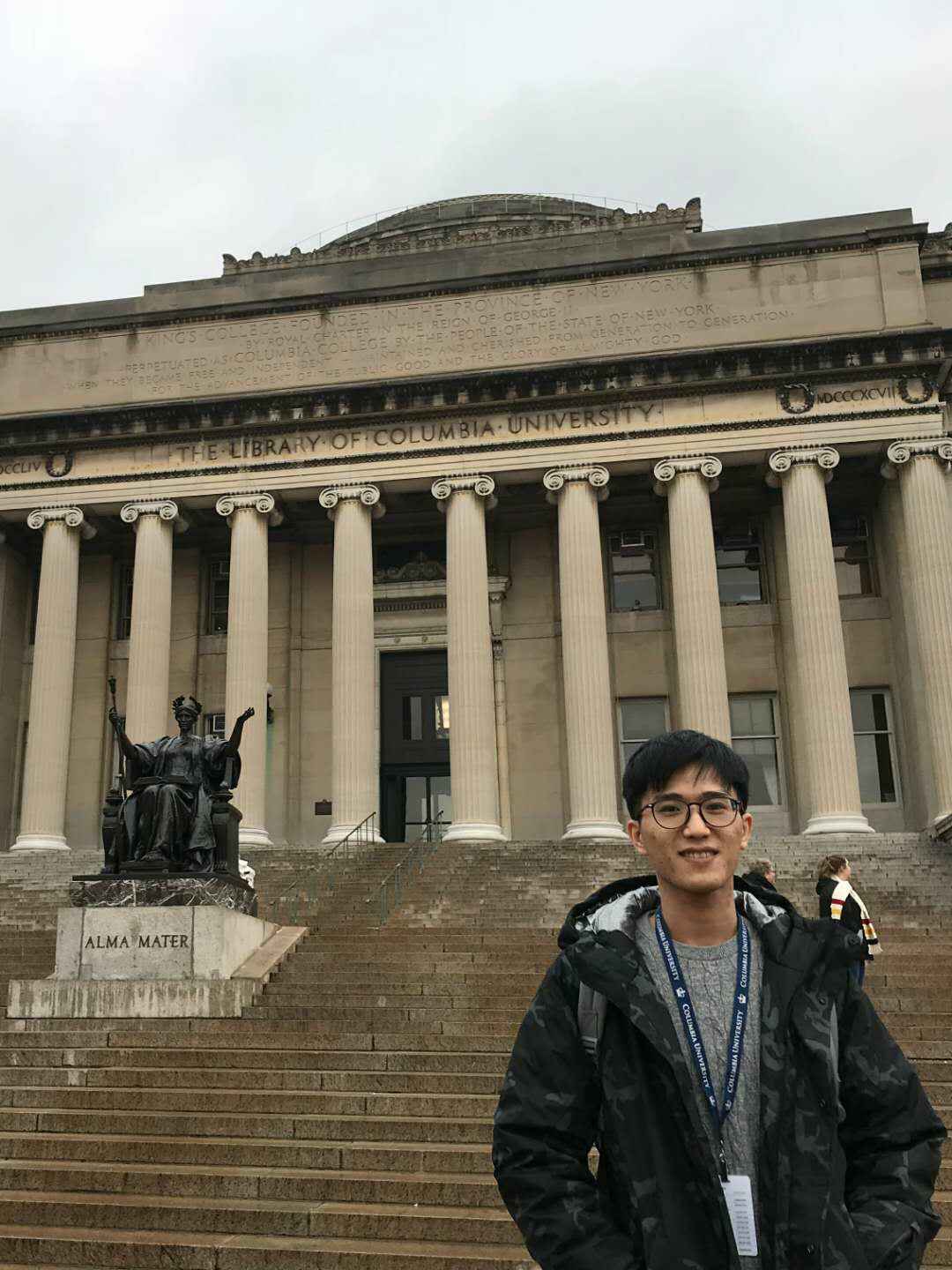 Weijun obtained his BSc in Physics from Hong Kong University of Science and Technology (HKUST) and now is a Ph.D student at Columbia University. At HKUST, he worked on neural dynamics in year 1. Later, He joined Prof. Gyu-Boong Jo's group working on building apparatus on cooling and trapping erbium atoms. In year 3 Spring, he studied at Columbia University as an exchange student and continued to stay at Columbia as a research intern in year 3 summer. He worked on creation of ultracold NaCs during the summer.

At Columbia University, he will work on quantum simulation with ultracold NaCs. NaCs molecules have dipole-dipole interaction which is long-range and anisotropic, providing an ideal platform to investigate novel quantum phases of strong-correlated system. The project aims to directly observe the quantum phase transitions between superfluid and dipolar crystal and study the properties of the crystals in the quantum regime.