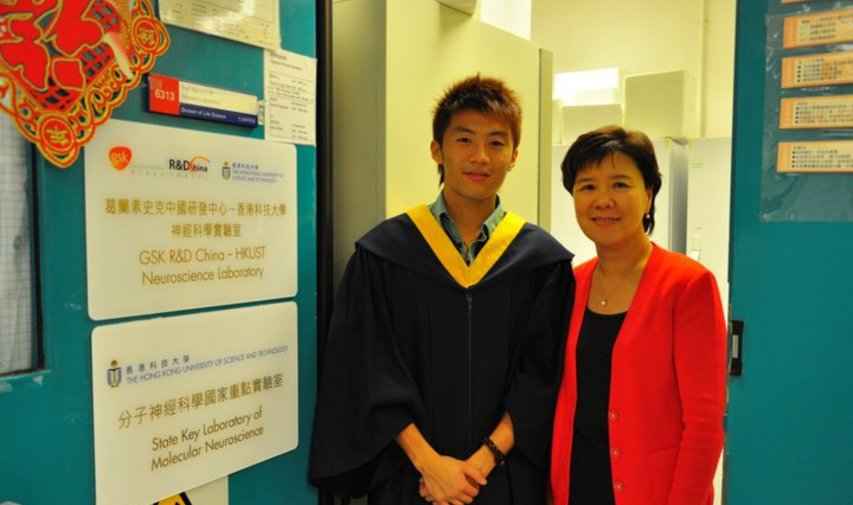 Hovy received his Bachelor degree in Biochemistry at The Hong Kong University of Science and Technology (HKUST) in 2010. With his aspiration in conducting scientific research, he actually began working in research laboratory since the summer of year 1 by joining the Undergraduate Research Opportunity Program. His interests in Neurosciences flourished while working as a student helper and then a final year project student in Professor Nancy IP's laboratory. During his time as an undergraduate, he has received the "Scholarship for Outstanding Academic Performance", "HSBC Hong Kong Scholarship" and was a recipient of the "University Academic Achievement Medal" at the time of graduation.

Upon graduation, he pursued his MPhil degree at HKUST by continuing working in the field of Neurosciences under the supervision of Prof. IP. His work involved in elucidating the roles of an important surface receptor, EphB, in the formation of synapses -- the connections between brain cells. Precise development of synapses is indispensable for neural wiring and normal neurotransmission. The dysfunction of synapses could lead to a variety of neurological diseases with a learning and memory deficit, such as Alzheimer's Disease. Therefore this piece of work could have great implications in deciphering the etiology of these diseases and has earned him the "Sir Edward Youde Memorial Postgraduate Fellowships" and "The George K Lee Foundation Scholarship".

Having obtained his MPhil degree in Biochemistry in 2012, Hovy has decided to take a step forward by pursing his PhD degree in Physiology, Development and Neuroscience at the University of Cambridge. He was awarded the "Croucher Cambridge International Scholarship", "Sir Edward Youde Memorial Fellowship for Overseas Study" and "Cambridge International Scholarship" to fund his study at Cambridge.

Hovy is an outgoing person and enjoy meeting new faces (and old friends of course). Therefore, please do not hesitate to contact him whether you are studying in Cambridge or if you need a tour guide during your visit to Cambridge! = ) He enjoys playing basketball, practising the Chinese Martial Art Wing Chun and photography during his leisure time.

Hovy's curiosity in the formation of synapses has lead him further into his present research orientation. While he worked on the receiving end of the synapses during his MPhil study, the presynaptic end of the synapses is the major focus for his current PhD project. To be more specific, he is examining how the local synthesis of proteins can regulate the branching of presynaptic terminals at the time of synaptogenesis.