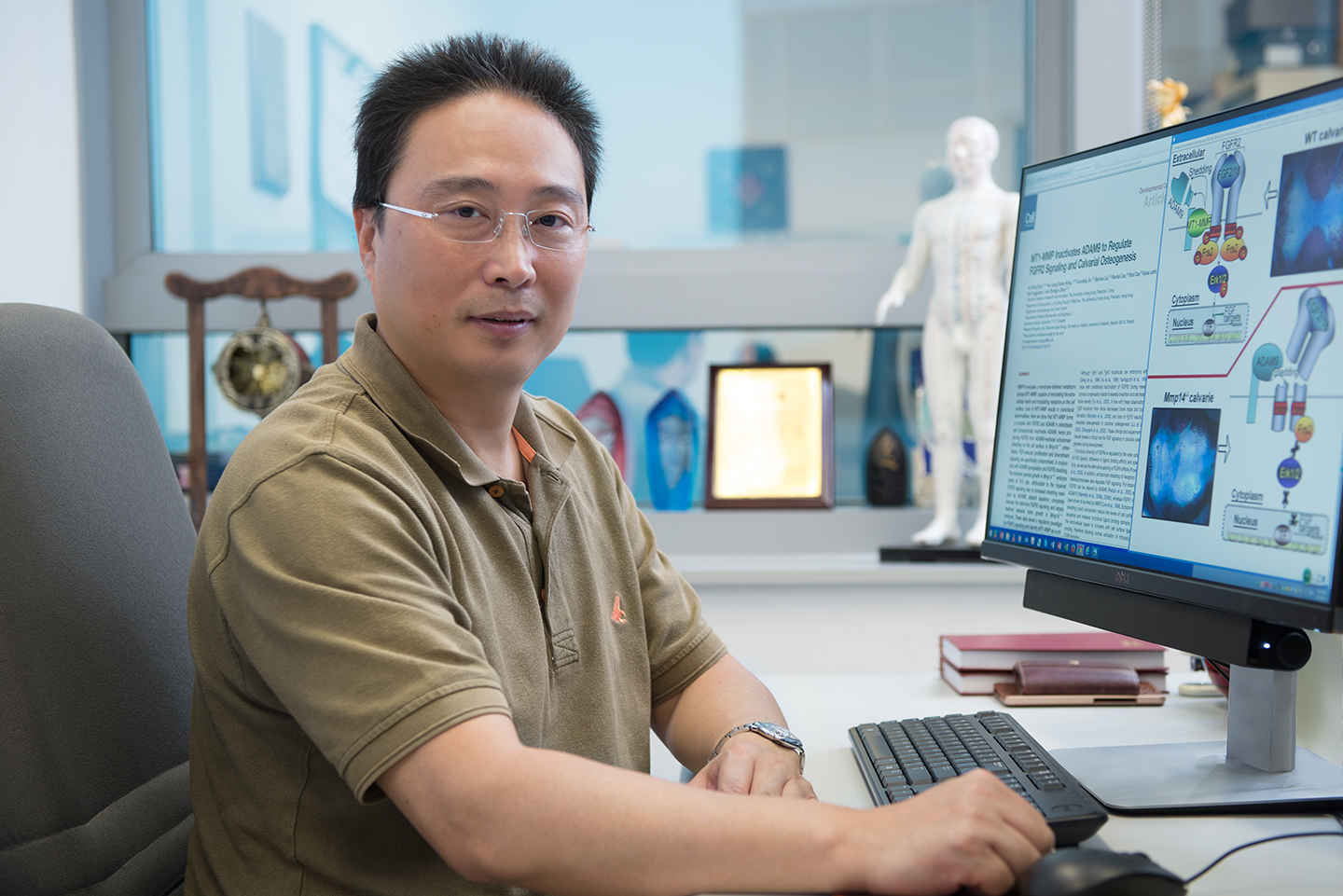 Zhongjun Zhou currently is a professor at the School of Biomedical Sciences in LKS Faculty of Medicine, The University of Hong Kong. He graduated from Xiamen University with a BSc degree in Biochemistry. He obtained a Master of Science degree in Biochemistry and PhD in Pathophysiology from Peking Union Medical College. He also obtained a PhD degree in Medical Biochemistry from Karolinska Institute, Sweden. After postdoctoral training in in Karolinska Institute, he joined the HKU as a Research Assistant Professor in December, 2002 and became Associate Professor in 2005. He has published more than 40 original papers, reviews and book chapter. He is the Chief editor of a scientific journal "Translational Medicine of Aging" and associate editor for "Mutation Research". He is the co-founding Chair of Asian Association of Aging Research and Hong Kong Society for Cell Biology. He has been invited to review manuscripts for many international journals such as Science Translational Medicine, Cell Chemical Biology, Nature Chemical Biology, etc. and is the ad hoc external reviewer for many funding agencies including Human Frontier Science Program, Velux Stiftung (Zurich), National Research Foundation (Singapore), Netherlands Organisation for Scientific Research (NWO, the Dutch Research Council), Frontier Science Research Program (Ministry of Science and Technology), Research Grant of Ministry of Science, Technology and Space (Israel), Croatian Science Foundation, MRC UK, Austrian Science Foundation, Austria Natural Science Foundation, Seattle Cancer and Aging Program, and Natural Science Foundation of China, etc..

Prof Zhou is interested in understanding the biological functions of extracellular and nuclear matrix proteins. He works on signaling regulation in development, aging, and tumorigenesis using genetically modified mice and human patient tissues. He identified lamin A as the endogenous substrate of the metalloproteinase Zmpste24 and demonstrated for the first time that genomic instability is behind the most severe human early aging disease, Hutchinson-Gilford Progeria Syndrome (HGPS). He has demonstrated that nuclear matrix is not simply a scaffold but a functional structure in regulating chromatin dynamics through modulating epigenetic factors, such as histone deacetylases and acetyltransferases. An example of Zhongjun’s work that breaks new ground in the science of aging is his recent demonstration of resveratrol’s activation of the longevity protein SIRT1. He demonstrated that lamin A is an endogenous activator of SIRT1 as well as SIRT6 and mediates the activation of SIRT1 deacetylase activity by resveratrol. This important finding clears the cloud over resveratrol as the activator of SIRT1. His works on healthspan extension provide new hope for patients with HGPS and aging-associated diseases. He is a well recognized internationally in the field of biology of aging. He has also made significant contributions to the understanding of membrane-type 1 matrix metalloproteinase function in development and signaling. He demonstrated that MT1-MMP is the major negative Notch signaling regulator to maintain lymphocyte differentiation. In addition, he beautifully showed the cross-talk between ADAM and MMP in regulating FGFR2 signaling and osteogenesis. His recent work revealed MT1-MMP as an endogenous inhibitor of lymphangiogenesis.