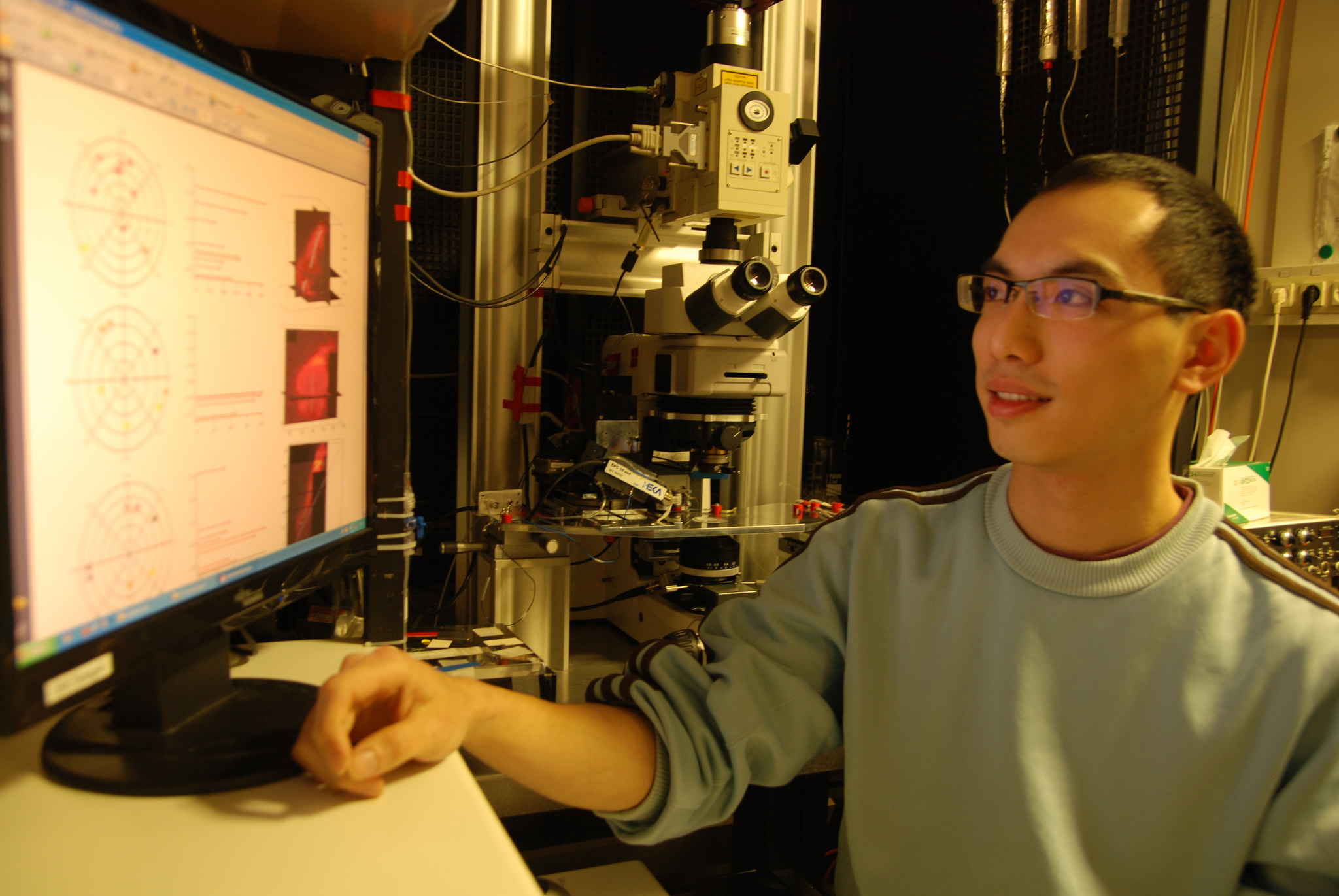 Aaron Benson Wong received his BSc in Molecular Biotechnology at the Chinese University of Hong Kong in 2008. He completed his doctoral studies at the International Max Planck Research School (IMPRS) for Neurosciences in Goettingen, Germany, under the supervision of Prof. Tobias Moser. His doctoral thesis centered on the development and function of the auditory inner hair cells, which convert mechanical vibration (sound) into electrical and chemical (neural) signals. He, as a postdoctoral researcher at Erasmus MC in Rotterdam, attempts to further investigate how these signals are interpreted by the brain.

Aaron is interested in understanding neurological basis of sound perception. Combining state-of-the-art methods including optogenetics, in vivo two-photon imaging and behavioural paradigm, he tries to understand how sound is encoded in the inferior colliculus, a "central hub" of auditory processing.