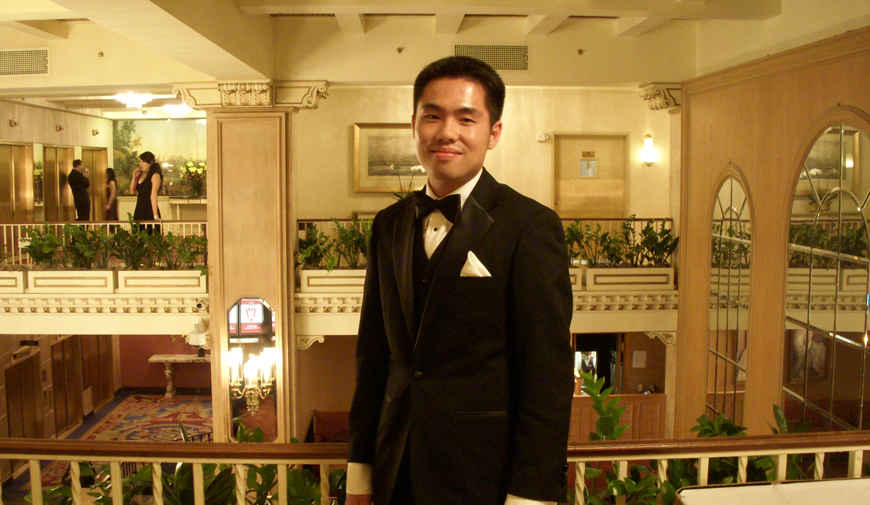 Albert obtained his Bachelor of Science in Biochemistry (First Honors; Academic Achievement Medalist) from HKUST in 2005. He worked in the lab of Prof Hannah Xue Hong on designing bioinformatics tools as a student helper and in the lab of Prof Nancy Ip on Trk signaling as a final year project student. He then joined Prof King L Chow lab as a master student and contributed to a genome-wide RNAi screen for regulators of C. elegans male sensory ray development and worked on his master thesis on the role of Iroquois (irx-1) transcription factor in sensory ray formation. After his graduation from MPhil in Biology in 2007, he continued his study in the field of Computational & Systems Biology at MIT and Whitehead Institute of Biomedical Research in the labs of Rudolf Jaenisch and Chris Burge. He was a JAX Scholar in the lab of Haoyi Wang at the Jackson Laboratory in 2014-2015. He is now an assistant professor at the Jackson Laboratory for Genomic Medicine at Farmington, CT, USA.

In the past, Albert studied gene regulation in embryonic stem cell using high-throughput sequencing technologies in the area of epigenetics and post-transcriptional regulation in the labs of Rudolf Jaenisch and Chris Burge at Whitehead Institute for Biomedical Research and MIT Biology. He was involved in a project which identified H3K27ac as the histone mark for active enhancers and several projects that delineated the primed and naive states of pluripotent stem cells in human and the mouse, as well as the molecular mechanisms of somatic cell reprogramming to induced pluripotency (iPS).

He also studied post-transcriptional regulation during epithelial-mesenchymal transition (EMT) which is implicated in cancer metastasis. In a collobaration with Frank Gertler Lab at the Koch Institute for Integrative Cancer Research, Albert and coworkers identified splicing events that can classify metastastic breast cancers. Albert was a Ludwig Graduate Fellow in 2010.