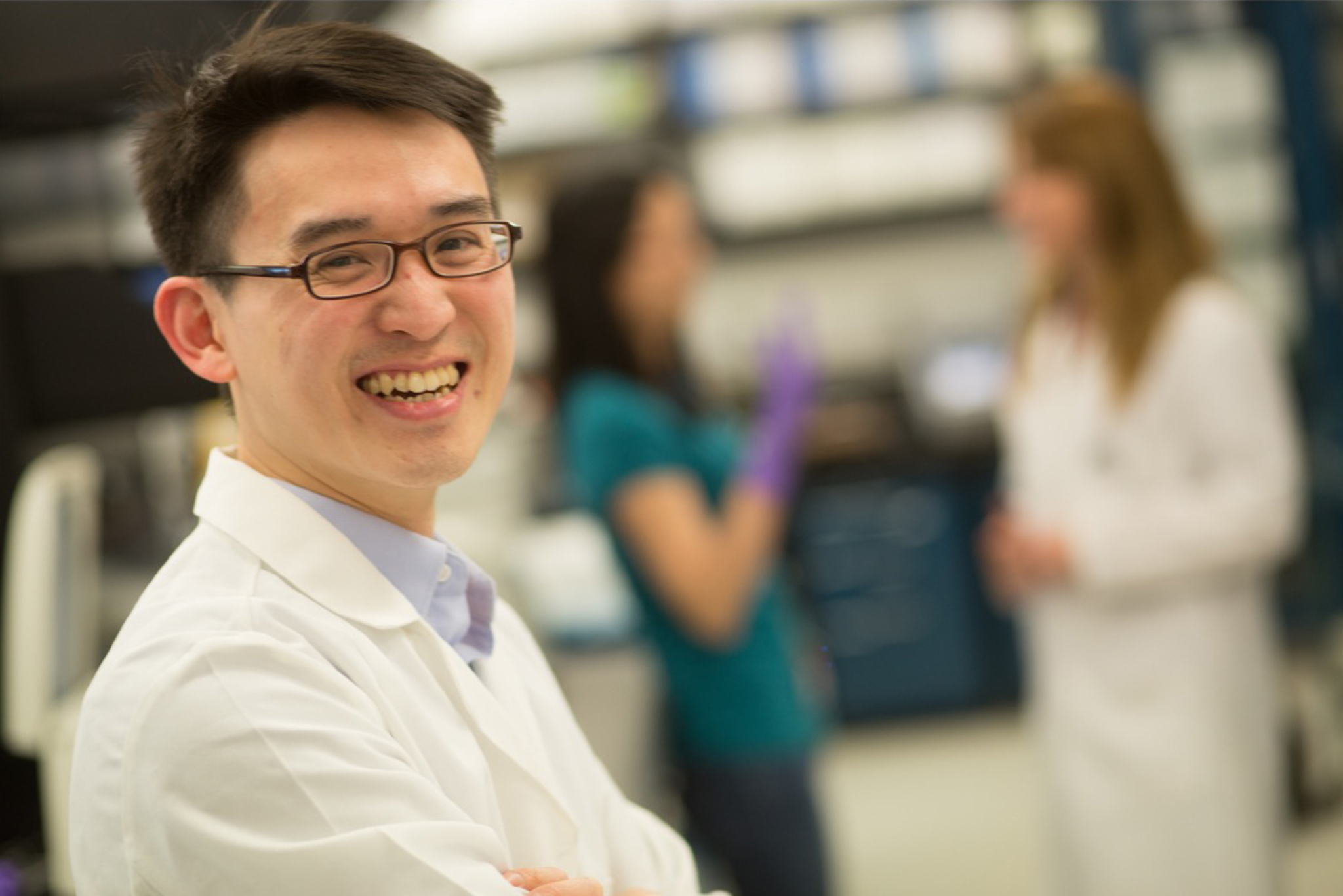 Dr. Anthony Leung – a scientist and an inventor – is an expert in the area of RNA, ADP-ribosylation and proteomics. Dr. Leung completed his four-year Master in Biochemistry degree at the Exeter College, University of Oxford. Funded by the Croucher Scholarship from Hong Kong and Overseas Research Scheme Award from United Kingdom, Dr. Leung earned his Ph.D. in Biochemistry from the University of Dundee under the guidance of Dr. Angus I. Lamond. Using quantitative proteomes and imaging approaches, Dr. Leung characterized the nucleolar proteome dynamics and discovered a novel nucleolar localization pathway during his Ph.D. In 2004, Dr. Leung was awarded the Human Frontier Science Program Long-term Fellowship and, subsequently in 2007, a Special Fellowship from The Leukemia & Lymphoma Society to perform postdoctoral research on microRNAs under the mentorship of Nobel Laureate Dr. Phillip A. Sharp at MIT. In 2010, Dr. Leung hold a secondary postdoctoral appointment with Dr. Paul Chang at MIT on investigating a therapeutically important protein modification called ADP-ribosylation.

ADP-ribosylation is therapeutically important as evidenced by multiple Phase III clinical trials for cancer patients on drugs that inhibit the catalytic activity of PARP-1 (the so-called “PARP inhibitor”), including two recently approved by FDA. Dysregulation of ADP-ribosylation metabolism results in neurodegenerative disorders, virus infection and cancer susceptibility. In 2011, Dr. Leung started his lab as an Assistant Professor in the Department of Biochemistry and Molecular Biology at Johns Hopkins University. Funded by the Idea Award from the Department of Defense Breast Cancer Research Program, Dr. Leung developed a novel non-biased technique to identify the sites of ADP-ribosylation—a technical breakthrough of the field. His lab is using this and other novel techniques to understand the role of ADP-ribosylation in cancer biology, non-membranous RNA granule formation and infection by RNA viruses.

Recently, Dr. Leung found that mosquito-borne Chikungunya alphavirus encodes a macrodomain that removes (hydrolyzes) ADP-ribosylation. Mutants abrogating such ADP-ribosylhydrolase activity are not viable whereas mutants reducing the activity have slower replication in mammalian cells and reduced virulence in mice. This macrodomain is also found in other alphaviruses, including Mayaro, as well as all coronaviruses including those that causes Severe Acute Respiratory Syndrome (SARS) and Middle East Respiratory Syndrome (MERS)—all of which currently have no drugs to treat or licensed vaccines to prevent.