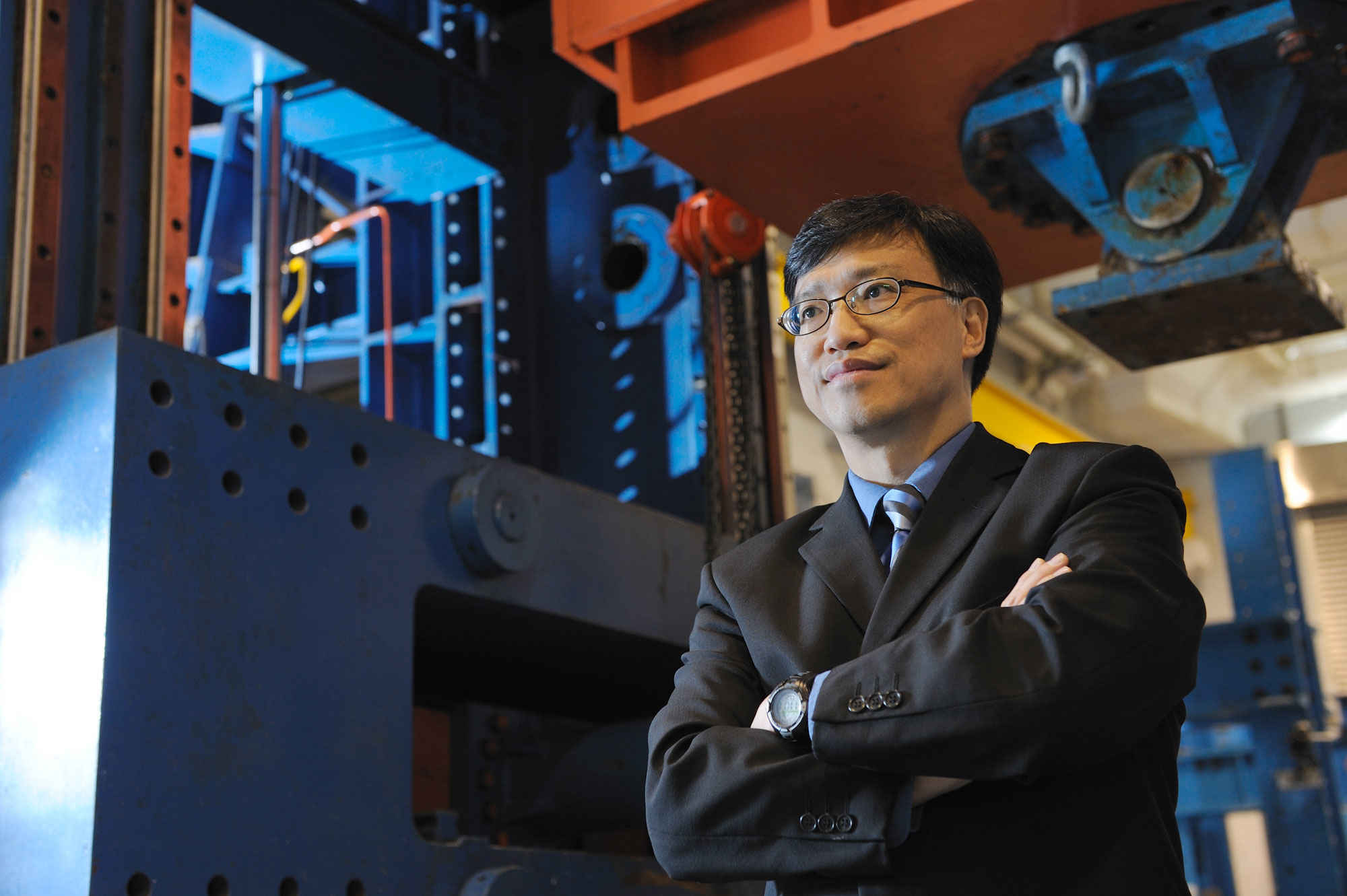 Ir Professor K F Chung is a renowned academic, researcher and structural engineer with established expertise in steel and composite design and construction.  Prof Chung graduated from the Sheffield University in the U.K. in 1984, and he was awarded a First Class Honours degree as well as the Mappin Medal of the Sheffield University as being the ‘Triple First in the Faculty of Engineering’.  At the same year, he was awarded a postgraduate scholarship from the Hong Kong Croucher Foundation for his research study at the Imperial College of Science and Technology of the University of London. He obtained his PhD in structural steel design in 1988.

Prof Chung joined the Steel Construction Institute as a Research Engineer in 1989, and he was promoted to a Senior Research Engineer in 1993.  Between 1993 to 1995, Prof Chung was one of the technical representatives of the SCI to the British Standards Institution, and served on the technical committee contributing to both the British Steel Code BS5950 and the European Steel Code Eurocode 3.  Returning to Hong Kong in 1995, Prof Chung worked on the design and construction of a number of steel and composite high-rise buildings in Maunsell Consultant Asia Limited and Ove Arup & Partners Hong Kong Limited before joining The Hong Kong Polytechnic University in 1996.

2006      Most Active Consultant Award 2006 of The Hong Kong Polytechnic University owing to his highest aggregate consultancy income earned in 2005/06 among all academic staff of the University.

2008      Dean’s Award for Outstanding Achievement in Technology Transfer - Team Award owing to the successful implementation of the “Code of Practice for the Structural Use of Steel” together with Arup Hong Kong. Drafting of the Code was commissioned by the Buildings Department of the Government of Hong Kong Special Administrative Region between 2003 and 2005.  The Code was officially published by the Buildings Department in August 2005, and fully implemented in August 2007.

·         Steel structures, effective use of high strength steel as well as fire and weather resistant steel

Ir Professor K F Chung is one of the Principal Authors of the Hong Kong Steel Code which was published by the Buildings Department of the Government of Hong Kong SAR in August 2005.  He is also Chairman of the Organizing Committee of the International Symposia on Cold-formed Metal Structures 2004, 2006 and 2010, as well as the International Symposia on Advances in Steel and Composite Structures 2005, 2007 and 2009.  As a world renowned academic and engineer in structural engineering, Prof Chung serves as the General Secretary of the Conference Organizing Committee of the IStructE Centenary Conference held in Hong Kong in January 2008. He is also Chairman of the Editorial Board, and Chief Editor of the Conference Proceedings.

In the past 10 years, Prof Chung conducted about 20 professional short courses in Hong Kong, Singapore and Malaysia to practising engineers on advanced structural steel and composite design as well as structural fire engineering.

Prof Chung is active in services to professional communities, and serves the Hong Kong Institution of Engineers and the Institution of Structural Engineers in the U.K. in various capacities.  He is a frequent speaker in international conferences and seminars.  Prof. Chung also advises to consultants, contractors as well as regulatory bodies, and building product suppliers on various design and construction issues.

For further details, refer to the personal homepage of Prof. Chung: