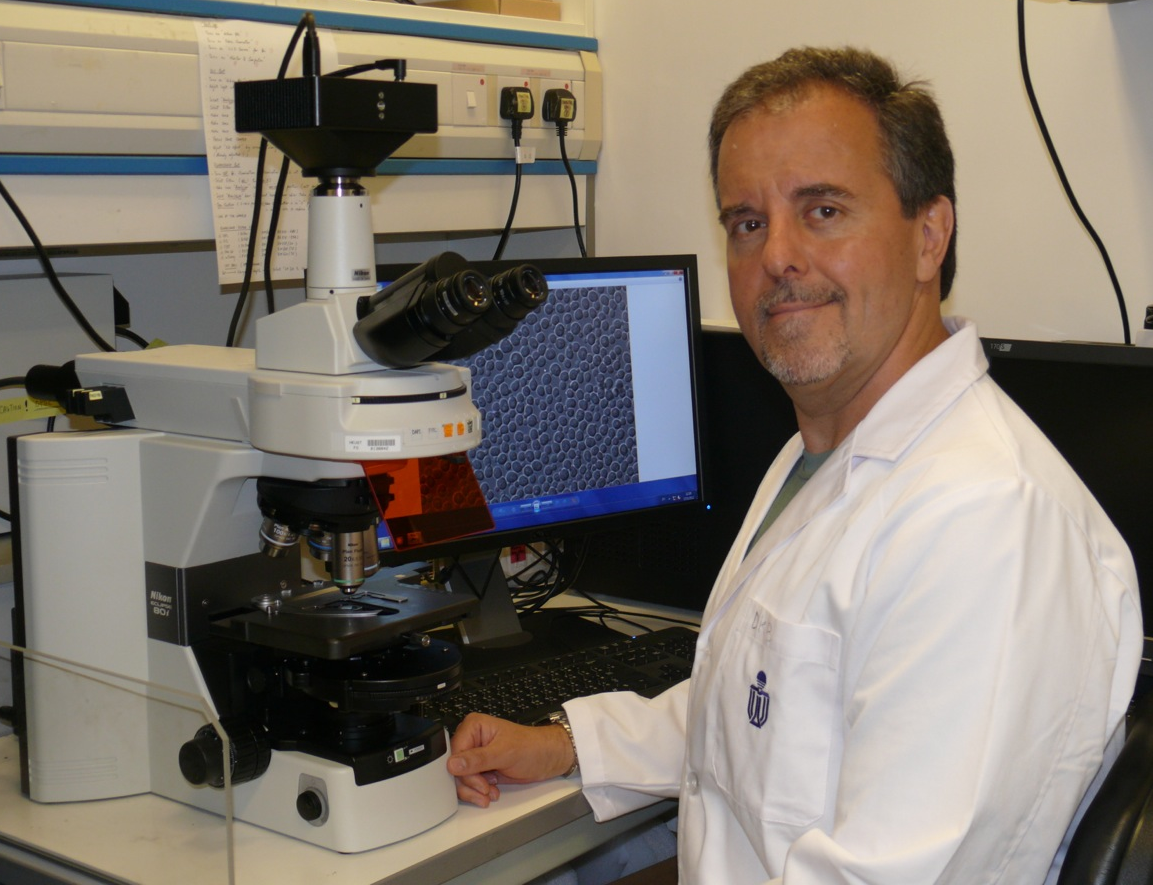 Professor David Banfield is a cell biologist who uses biochemical and molecular genetic techniques to understand how cells make the decision to retain certain proteins while secreting others. He looks at the vesicular transport system in the Golgi apparatus, the key “protein-sorting hub” in cells. Materials are mainly transported into and within the Golgi through vesicles that bud-off at one location and fuse at another. Professor Banfield’s research has advanced our knowledge on Golgi integral membrane proteins, such as the SNAREs (soluble NSF attachment protein receptors), which play important roles in the control of vesicle fusion. He identified the first SNARE involved in intra-Golgi transport in yeast, a model organism with a similar core secretory machinery to humans. He also uncovered crucial mechanistic insights into the retention of Golgi-resident glycosyltransferases, enzymes involved in the modifications of newly synthesized proteins. To maintain the steady-state distribution of these enzymes, they are constantly shuttled between different parts of the secretory pathway, presumably through the coat protein complex I (COPI)-vesicle system. However, biologists have long puzzled over how these enzymes are incorporated into COPI-vesicles. Professor Banfield discovered that a protein known as Vps74p, could bind to a specific sequence on the glycosyltransferases and to COPI, thus acting as a physical link between the two. This finding can be applied to the production of recombinant protein therapeutics for the treatment of various diseases such as diabetes. Professor Banfield will use his fellowship to study questions such as the role of lipids in protein localization to the Golgi, and will devote part of his tenure to develop new research tools. Professor Banfield graduated from Simon Fraser University in Canada in 1986, and received his PhD from University of British Columbia in 1991. He was a post-doctoral fellow at the Laboratory of Molecular Biology in Cambridge. In 1995, Prof. Banfield joined the faculty of Hong Kong University of Science and Technology, and was appointed to a professorship in the Division of Life Sciences in July 2010. (2011/2012)