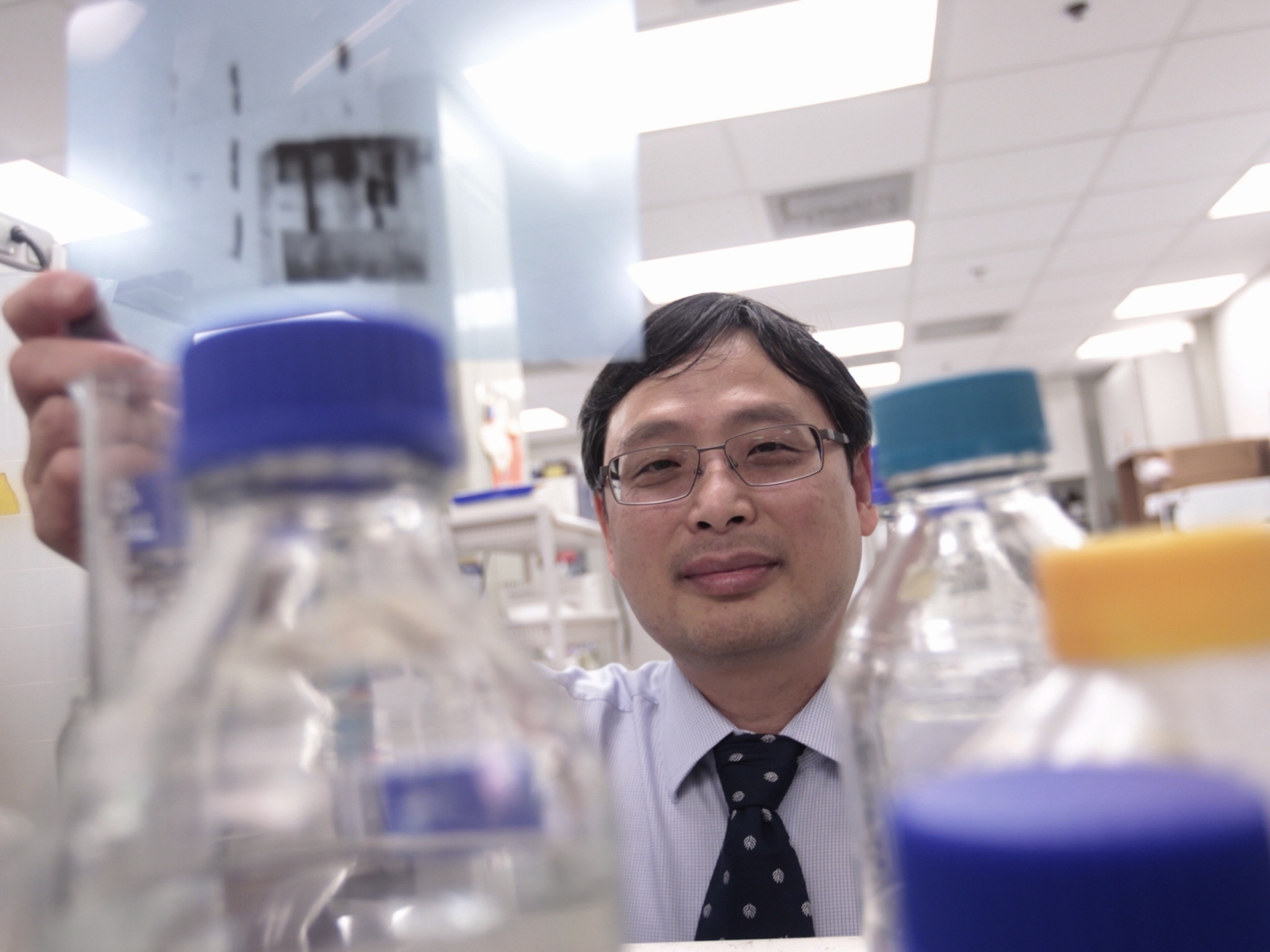 Dong-Yan Jin did his PhD study with Prof. Yun-De Hou at the State Key Laboratory for Molecular Virology in Beijing in 1986-1991. He received postdoctoral training with Dr. Kuan-Teh Jeang at the National Institute of Allergy and Infectious Diseases in 1994-1999. He joined the University of Hong Kong in 1999 and is now Clara and Lawrence Fok Professor in Precision Medicine. Prof. Jin’s research is focusing primarily on the molecular basis of viral diseases and cancer. He uses a combination of biochemical and genetic approaches to conduct basic research in molecular virology and oncology with the aim of applying the knowledge gained to prevention and control of human diseases. In his study of a viral oncogenic protein named Tax produced by human T-cell leukemia virus type 1, which causes a highly lethal blood cancer known as adult T-cell leukemia, he identified in 1998 a cellular protein named MAD1, a key component of a cell cycle checkpoint that guard against abnormal division of cells. In 2006, his group characterized another cellular protein, which is also crippled by Tax to give rise to abnormal numbers of chromosomes in leukemic cells. Their work in 2008 revealed how Epstein-Barr virus uses a viral small RNA molecule to promote the survival of tumor cells in nasopharyngeal carcinoma. In 2011, they found that the virus sensor RIG-I needs an RNA-binding protein partner called PACT to initiate and sustain host antiviral defense.

One major area of Prof. Jin’s current research is in the regulatory mechanism of innate antiviral response. Novel cellular and viral regulatory factors that govern antiviral response will be identified and characterized. Particularly, cellular machinery to sense viral nucleic acids, features of viral nucleic acids being sensed, and enzymes that cleave the second messenger will be dissected. Their work will substantially advance current understanding of viral and cellular regulators of innate antiviral response. In addition, their findings will also reveal novel strategies for developing antiviral and immunomodulatory agents including vaccine adjuvants.