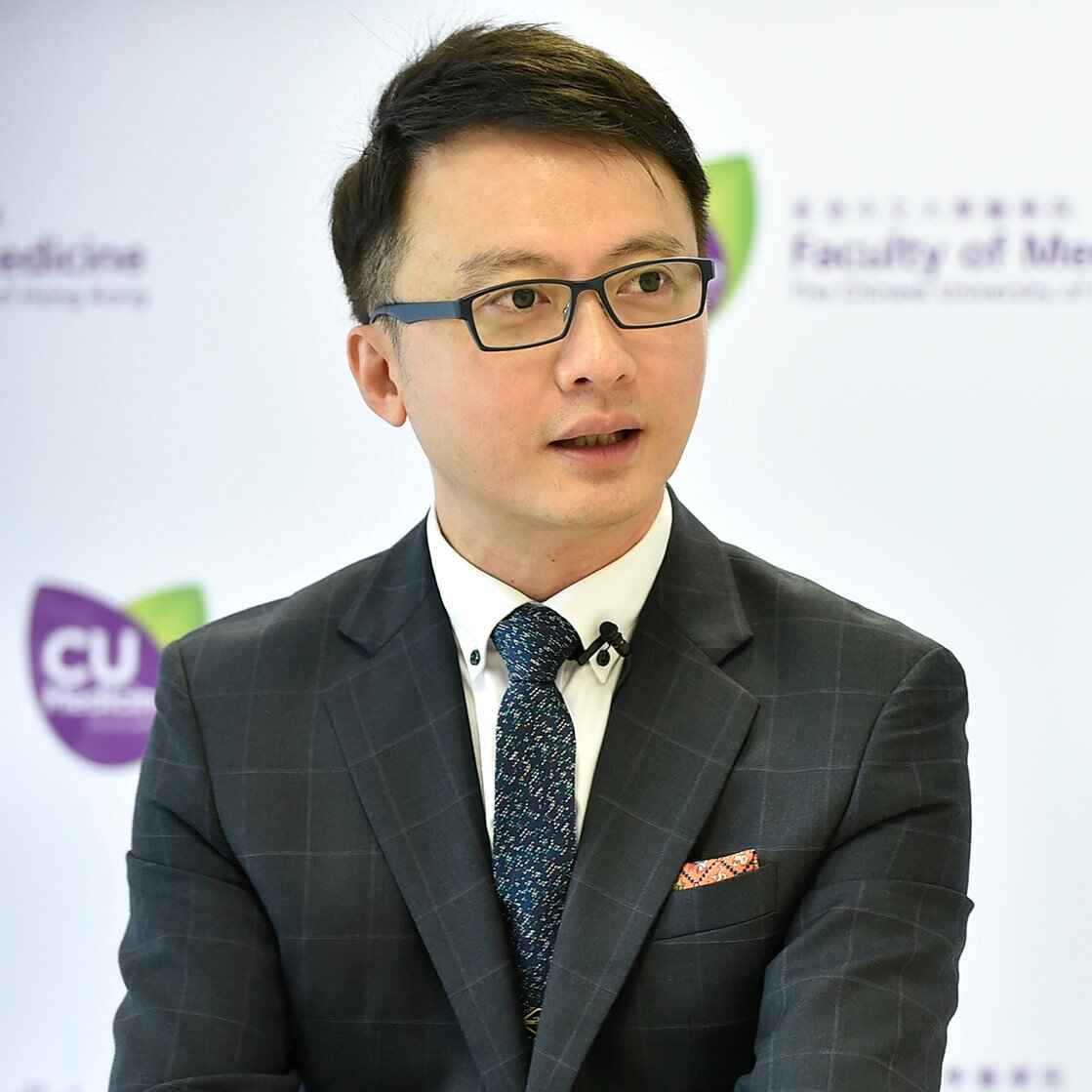 Professor Chan Ka Leung, Francis JP (陳家亮教授) 太平紳士 has been appointed Dean of the Faculty of Medicine, The Chinese University of Hong Kong (CUHK) from 1 February 2014 after an interim deanship from 1 January 2013. Professor Chan is the Choh-Ming Li Professor of Medicine and Therapeutics of CUHK. He is an Honorary Consultant at the Prince of Wales Hospital. Since 1 April 2013, he has been a member of the Board of the Hong Kong Hospital Authority. Professor Chan graduated as top student with honours from the Faculty of Medicine, CUHK. After completing his postgraduate training as a Croucher Foundation research fellow in Canada, he joined the Faculty of Medicine, CUHK as lecturer in 1997 and became Professor of Medicine and Therapeutics in 2005. He had contributed to academic management services in the Faculty of Medicine in various capacities – previously as Director of Institute of Digestive Disease, Assistant Dean (General Affairs), and Associate Dean (Clinical) . An outstanding teacher, Professor Chan was bestowed a number of teaching awards including Faculty’s Teacher of the Year Award for 5 consecutive years from 1999 to 2004, Master Teacher Award in 2004, and Vice-Chancellor’s Exemplary Teaching Award in 2000 and 2007. As an internationally renowned clinician-scientist in peptic ulcer bleeding, helicobacter pylori and endoscopic therapy, Professor Chan has published over 500 full scientific articles in high impact international journals and his h-index is 94. He is the only researcher in academic history who has published 8 first-author original research articles in two prestigious medical journals, namely The New England Journal of Medicine and The Lancet. Besides, his contributions to medical research have been recognized worldwide with many national and international awards. He received the following honours: The Most Outstanding Contribution Award (Clinical Therapeutics, Food and Health Bureau, HKSAR Government, 2007); State Scientific and Technological Progress Award (National Office for Science and Technology Awards, PRC, 2007); Sir David Todd Lecturer (Hong Kong College of Physicians 2007); Croucher Senior Medical Fellowship 2008; Andy Martynoga Memorial Lecturer (England) in 2008; High Impact Research Paper Award of CUHK (2008-2009); JGHF Marshall and Warren Lecturer (Asian Pacific Association of Gastroenterology) in 2011; Outstanding Scientific Research Output Award (Ministry of Education, PRC, 2011). In recognition of his outstanding academic achievement, he received the degree of Doctor of Science from the Chinese University of Hong Kong in December 2011. Recent honours include being named Professor Gerald Choa Memorial Lecturer (The Hong Kong College of Physicians) in 2014; the Rome Foundation Fellow (Rome Foundation) in 2016; The 19th Vikit Viranuvatti’s Lecturer (Thailand) in 2016; The State Natural Science Award (PRC) in 2016; the 27th Seah Cheng Siang Memorial Lecturer (Singapore) in 2017; and 2018 International Leadership Award of The American College of Gastroenterology. Professor Chan is the first scholar in China to be selected for a profile by The Lancet in May 2007 to exemplify excellence in clinical research. In recognition of his outstanding academic achievement, he received the degree of Doctor of Science from the Chinese University of Hong Kong in December 2011. 2 He has served as member on various committees of the Hong Kong SAR Government, statutory bodies and professional societies. To name a few, he is a non-official member of Colorectal CancerScreening Pilot Programme Task Force, and a convenor of the Endoscopy Task Force of Project Steering Committee on Standards for Ambulatory Facilities of the Department of Health. He is Cochair of the Grant Review Board Executive and member of the Health and Medical Development Advisory Committee of the Food and Health Bureau. He is an Associate Editor of Clinical Gastroenterology and Hepatology. In June 2015, he was elected a voting member of the Hong Kong Jockey Club. Besides serving the medical and academic profession, he has actively participated in community service. During the SARS outbreak, Professor Chan organized a large-scale screening test to detect silent SARS infection for over 12,000 Hong Kong citizens. In recognition of his contributions to the society, he received the honour of the Justice of Peace from the Hong Kong SAR Government in 2010. Since 1999, he has led his team to promote population-based colorectal cancer screening in Hong Kong. His work over the past decade on the feasibility of screening, local cancer demographics, risk factors, and screening modalities, has significantly contributed to the launch of a three-year Colorectal Cancer Screening Pilot Programme by the Department of Health in September 2016.