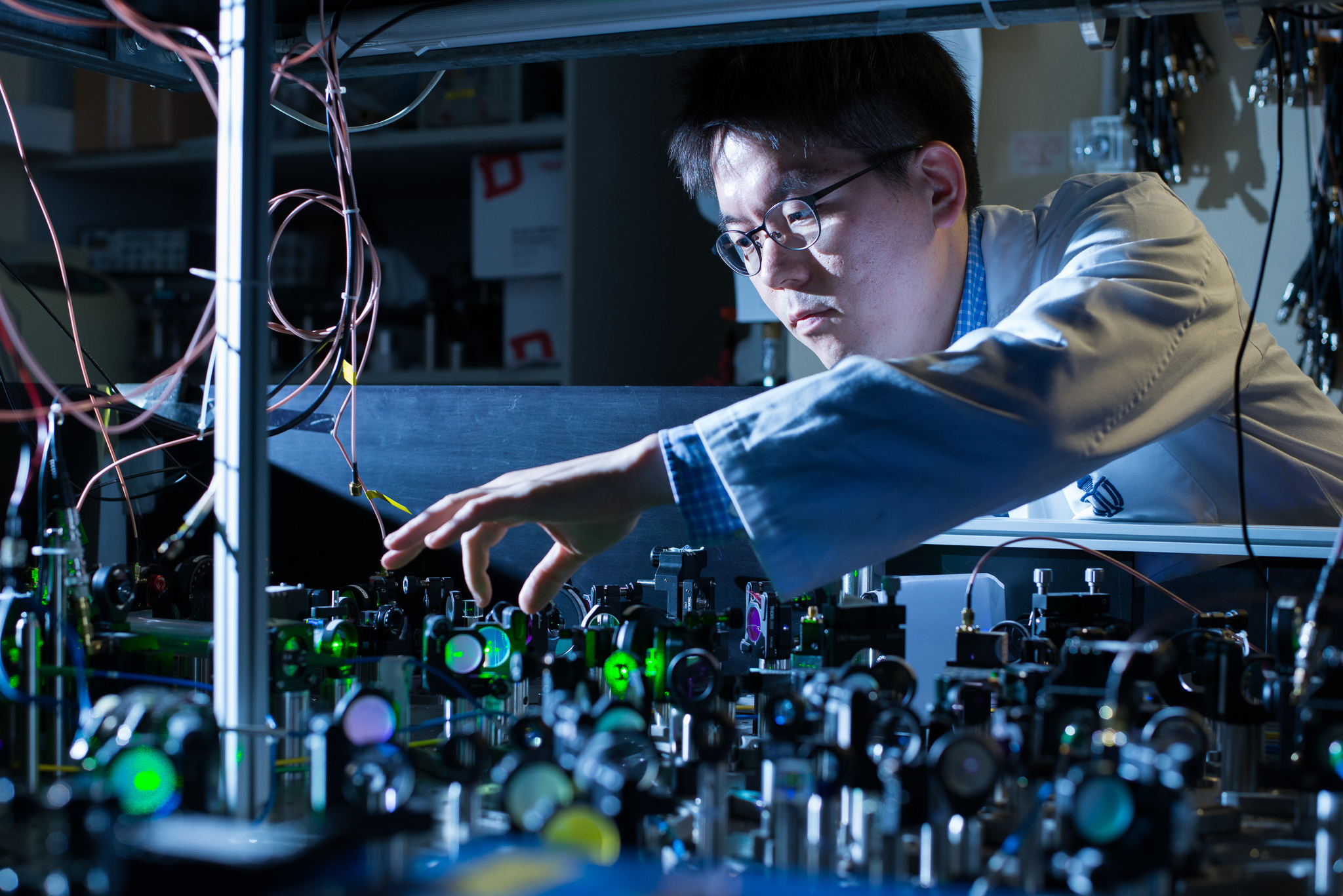 Dr Gyu-Boong Jo is a Hari Harilela associate professor of physics at the Hong Kong University of Science and Technology, and leads the Laboratory for Ultracold Quantum Gases. He obtained the Bachelor degree in physics and mathematics from the Seoul National University in 2003, and continued his Phd  in atomic physics at the Massachusetts Institute of Technology where he was awarded the Samsung graduate fellowship in 2004-2009. Since 2010, he has been a postdoctoral fellow at UC Berkeley before he joined the physics department at HKUST in 2013. He has received multiple awards including the AKPA Outstanding Young Researcher Award (OYRA) (2013),  the Early Career Award from the Research Grant Council of Hong Kong (2014), the Croucher Innovation award  (2016), the School of Science Research Award at HKUST (2019) and the RGC Research Fellowship (2021).

His main research interest is focused on the realization of synthetic quantum material using ultracold matters, namely a dilute gas of ultracold neutral atoms. Using a highly controllable synthetic material as a model system, he hope to understand the strongly interacting many-body system in condensed-matter. For this goal, his team utilizes atomic quantum simulators with ultracold atoms and explores the interface between AMO physics, condensed-matter physics and quantum information science.

In his laboratory, a dilute gas of atoms is routinely cooled down to 100 billionth of 1 Kelvin above the absolute zero temperature. At such low temperature, atoms mimic the behaviour of the electrons in real material by which his team tries to address intractable quantum problems.