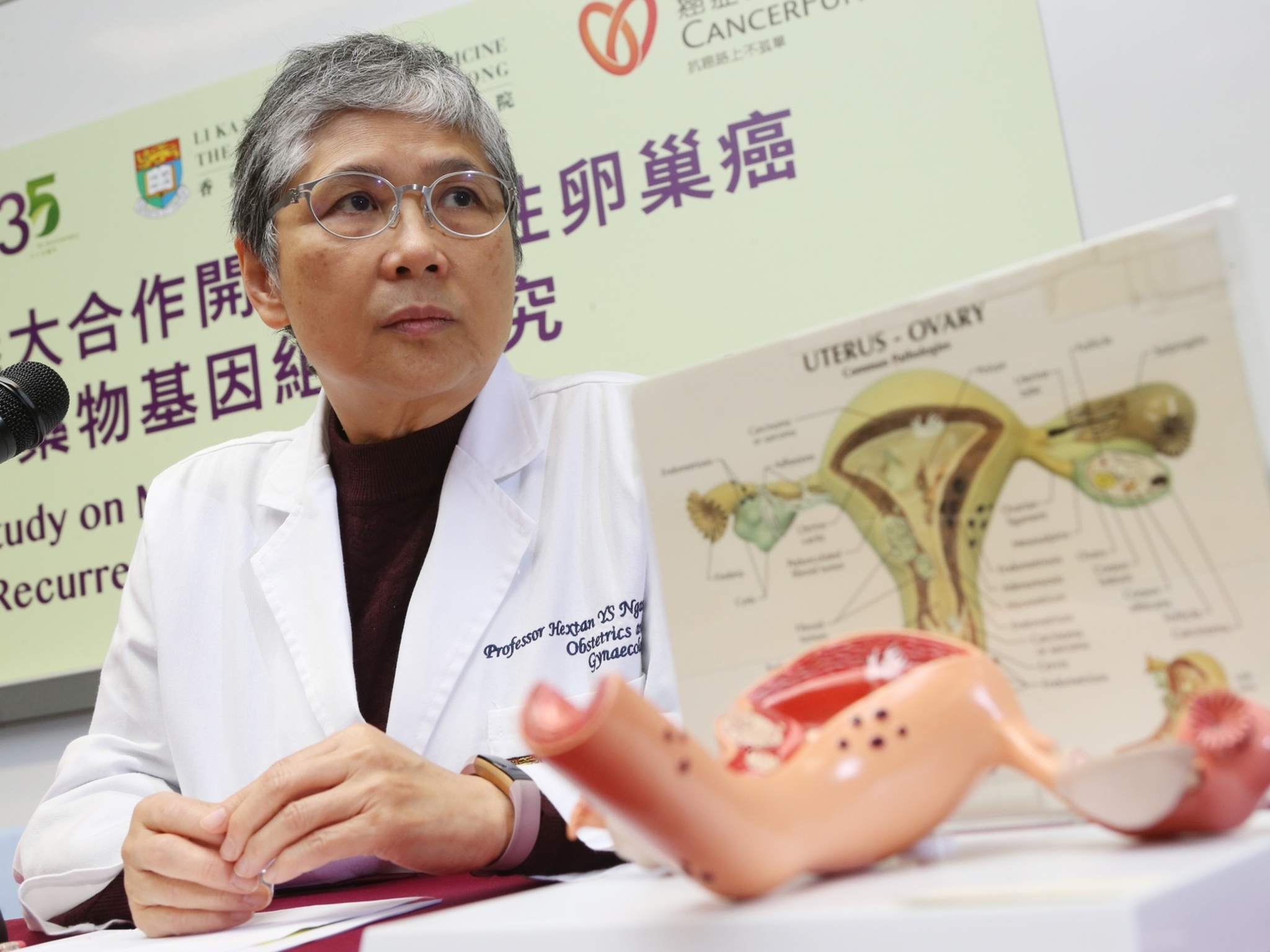 Professor Hextan Ngan's research interests include basic, clinical and translational cancer research in gynaecology oncology. Her basic research interests have focused on the characterization of putative oncogenes and tumor suppressor genes, as well as their associated signaling pathways involved in the pathogenesis of ovarian, endometrial and cervical carcinomas. Her research team was the first to identify p73alpha is involved in enhancement of the radiosensitive in cervical cancer cells through with the upregulation of p21. Importantly, her team has recently found that the breast cancer–associated gene 3 (BCA3) acts as a novel protein interacting partner of TAp73 and potentiates TAp73 in mediating γ-irradiation–induced apoptosis. These studies reveal the significance of p73 in the radiosensitivity of cervical cancer cells. Moreover, her group has recently reported an important oncogenic transcriptional factor, FOXM1, is frequently overexpressed in cervical and ovarian cancers, and is significantly correlated with the progression and aggressiveness of these cancers. The inhibitory targeting of FOXM1 by RNAi, specific inhibitor e.g. thiostrepton, or even AMPK activators such as metformin could remarkably abrogate the oncogenic capacities of these cancer cells. Ovarian cancer is a relatively poor survival rate disease because of chemoresistance and high rate in tumor recurrence. Hence, the team is particularly interested in the delineation of the underlying mechanisms associated with tumorigenesis and chemoresistance of this disease. Recent studies in her team has not only identified the oncogenic role of FOXM1 in ovarian cancer, they also have found the signaling adaptors, GRB7 and its variant GRB7v, are aberrantly upregulated and associated with a variety of oncogenic capacities by modulating differential signaling pathways. These findings may shed the light of exploring potential therapeutic interventions through targeting these genes. Future studies will include the study of the impacts of tumor microenvironment and cancer cell metabolism on these key pathways involved in the aggressiveness and chemoresistance of ovarian cancer.

Professor Ngan's clinical translational research effort have focused on cervical cancer screening especially on the role of HPV testing as well as on psychosocial studies including quality of life. In addition, the identification of new molecular markers in addition to routine HPV screening test is another area of her interested research. Currently Professor Ngan's group is conducting a study to compare different HPV test. Lastly, her team has also taken part in contract clinical trials mainly in ovarian cancer treatment and HPV vaccines.