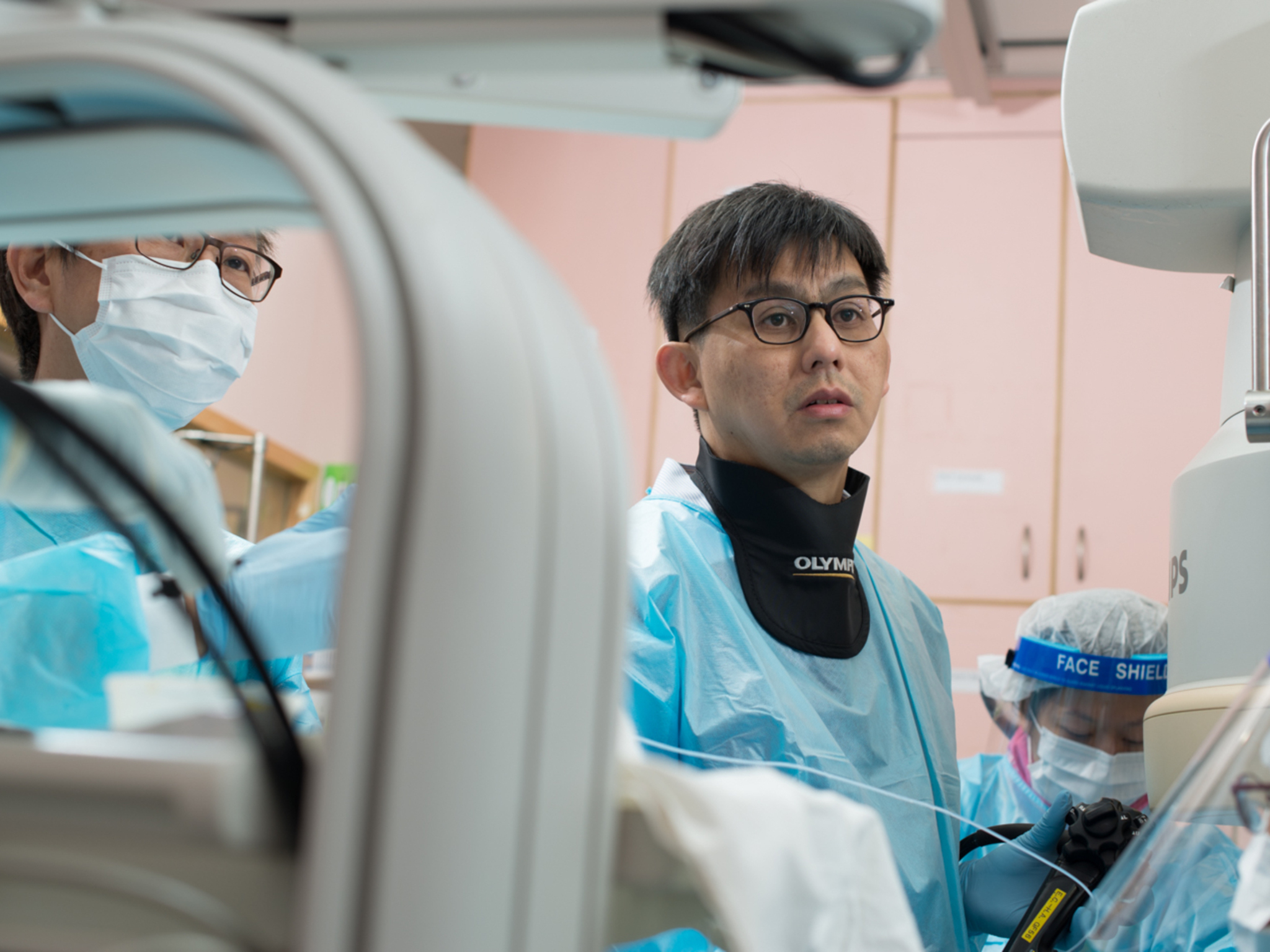 Dr. Lau is currently Professor of Surgery and Director of the Endoscopy Centre at the Prince of Wales Hospital, the Chinese University of Hong Kong. He is known internationally for his clinical research in the management of acute upper gastrointestinal bleeding. Dr. Lau graduated from the University of New South Wales in 1988. He returned to Hong Kong in 1989 and pursued a career in academic surgery and therapeutic endoscopy. In 1999, he published in the New England Journal of Medicine a randomized study that compared further endoscopic treatment to surgery in patients with massive and refractory bleeding from their peptic ulcers. The study showed that endoscopy can further reduce surgery by 75%. In the following year and in the same journal he published another land mark placebo-controlled randomized study to show that the use of a high dose proton pump inhibitor after endoscopic treatment to bleeding peptic ulcers can significantly reduce further bleeding and improve patient outcomes. Dr. Lau’s research studies are widely cited and form basis of international recommendations in the management of patients with upper gastrointestinal bleeding. Dr. Lau’s current research includes the supplementary role of interventional radiology to endoscopic treatment in patients with major bleeding.

Dr. Lau currently leads several international research groups in the advancement of therapeutic endoscopy. He is a Principal Investigator to multicenter studies that evaluate the role of angiographic embolization in compared to surgery in patients with massive bleeding from peptic ulcers, the use of full covered self-expandable metallic biliary stents before surgery in patients with biliary obstruction from tumors and other project on novel endoscopic imaging techniques.