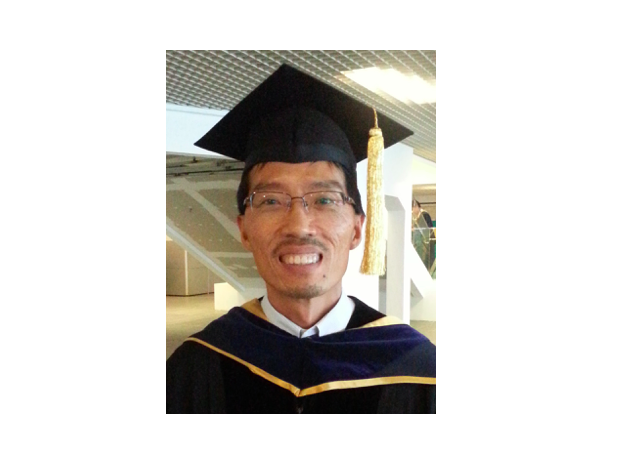 Dinoflagellates, a major group (>2000 species) of protists, together with the ciliates (e.g. Tetrahymena) and the apicomplexans (e.g. the malarial Plasmodium) are the three major groups of the Alveolata. Dinoflagellates are also a significant group in the phytoplanktons, the dominant intracellular symbiotic microalgae (zooxanthallae) of corals (and many other invertebrates) and the major causatic agents of harmful algal blooms. The dinoflagellates are rich sources of secondary metabolites and are infamous for their production of multiple toxins. One dinoflagellate is also the major producer of Omega-3 HUFA for infant formula.

Dinoflagellates are also rich sources of investigative problems in fundamental cell biology. They were hailed as the “mesokaryotes”, having so many characters intermediate between the eukaryote and the prokaryotes. Recent genomic studies confirmed more cases of horizontal gene transfer.

Research in my lab focuses on two important areas of dinoflagellate cell biology:

Nucleomeless Chromosomes of dinoflagellates encode some of the largest known genomes in extant life-forms (up to 80 times human genome size). Counter-intuitively, dinoflagellates do not have nucleosomes in the core of their chromosomes and these birefringent chromosomes are apparently liquid crystalline and quasi-condensed throughout the cell cycle. Why are there so much DNA ? How do they organize so much DNA without nucleosomes ?

Their way of chromosomal organization represents the fourth major extant approach, after the eukaryotic nucleosomal, the archeal semi-nucleosomal and the prokaryotic nucleoid.

Cellulosic Thecal Plates (CTPs) of Internal Cell Wall
Cell wall of plants and algae are generally extracellular; dinoflagellate cell walls (termed amphiesma) are unique in being intracellular and can be comprised of multiple layers including the cellulosic pellicle and the thecal plates (CTPs). CTPs can be highly decorated “armor-plates” formed in cortical vesicles in thecate dinoflagellates. How do these beautiful cellulosic microstructures form? and inside the cells ?