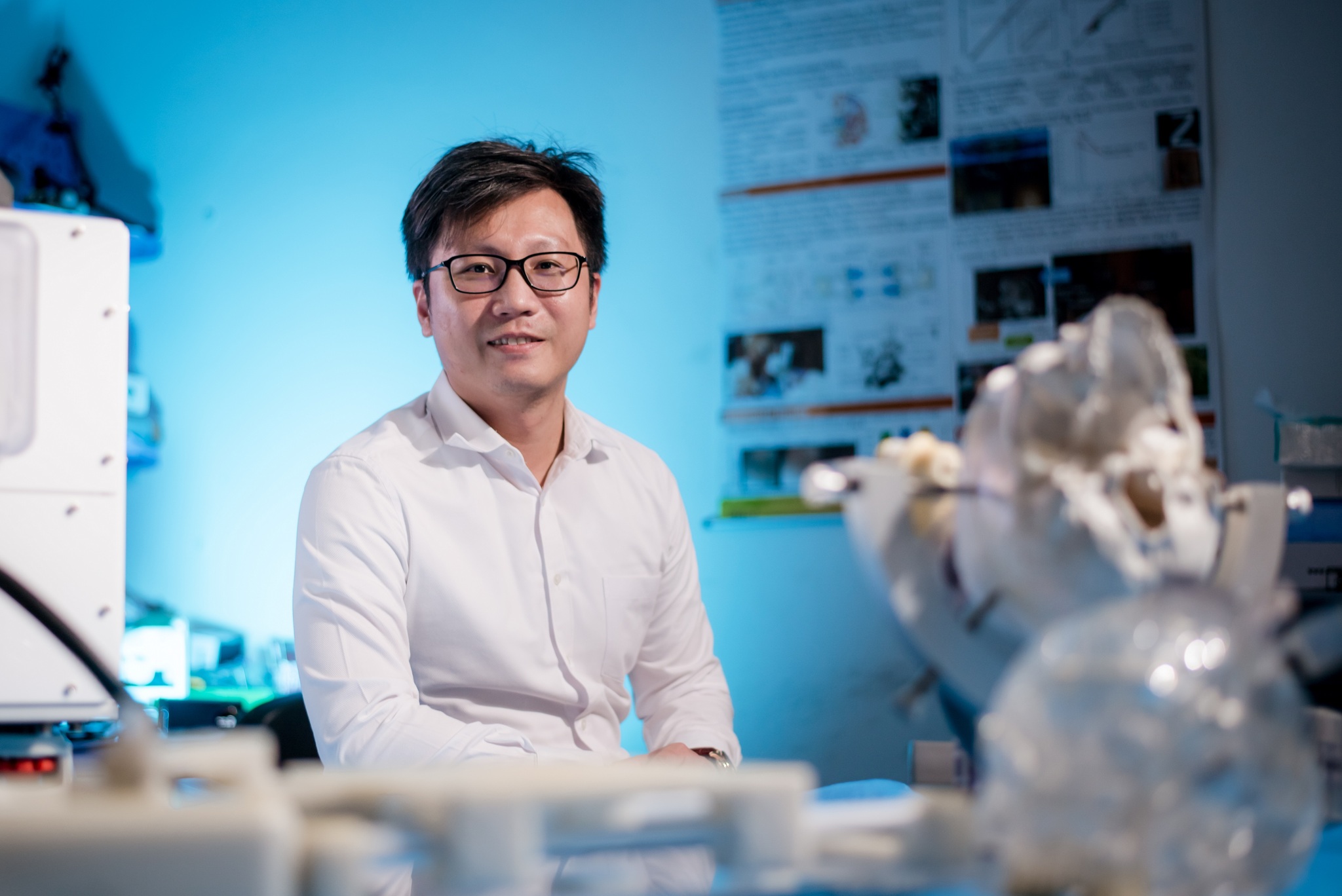 Ka-Wai Kwok received the B.Eng. and M.Phil. degrees from Department of Automation and Computer-aided Engineering, The Chinese University of Hong Kong in 2003 and 2005, respectively. He obtained the Ph.D. degree from the Hamlyn Centre for Robotic Surgery, Department of Computing, Imperial College London in 2012. Prior to joining The University of Hong Kong (HKU) in 2014, he was awarded the Croucher Foundation Fellowship, which supported his research jointly supervised by advisors in The University of Georgia, and Brigham and Women's Hospital, Harvard Medical School. His research interests focus on surgical robotics, intra-operative image processing, and their uses of intelligent systems. He has participated in various designs of robotic devices/interfaces for endoscopy, and MRI-guided interventions.

Ka-Wai is currently an Associate Professor at Department of Mechanical Engineering, HKU. To date, he has co-authored >135 peer-reviewed articles with >80 clinical fellows and >150 scientists/engineers. His multidisciplinary work has been recognized by various (>10) awards in international conferences/journals, e.g. the largest flagship conferences of robotics, ICRA and IROS. He was the recipient of ICRA Best Conference Paper Award in 2018, and IROS Toshio Fukuda Young Professional Award in 2020. He also obtained awards in his early career for robotics, e.g. the Early Career Awards 2015/16 offered by Research Grants Council (RGC) of Hong Kong, Actuators 2020 Young Investigator Award, HKU 2019-2020 Outstanding Young Researcher Award and HKU Young Innovator Award 2020.

Being IEEE Senior Member, Ka-Wai serves editor boards for IROS 2017-22, ICRA 2019-21, IEEE Robotics and Automation Magazine (RAM), as well as Annals of Biomedical Engineering (ABME) and Proc. IMechE Part I: Journal of Systems & Control Engineering (JSCE). He is the principal investigator of group for Interventional Robotic and Imaging Systems (IRIS) at HKU. The group has (>5) inventions licensed/transferred from university to industry in support for their commercialization. He is a co-founder of Agilis Robotics Ltd. aiming at advancing the interventional endoscopy with small, flexible robotic instruments and their intelligent control systems.