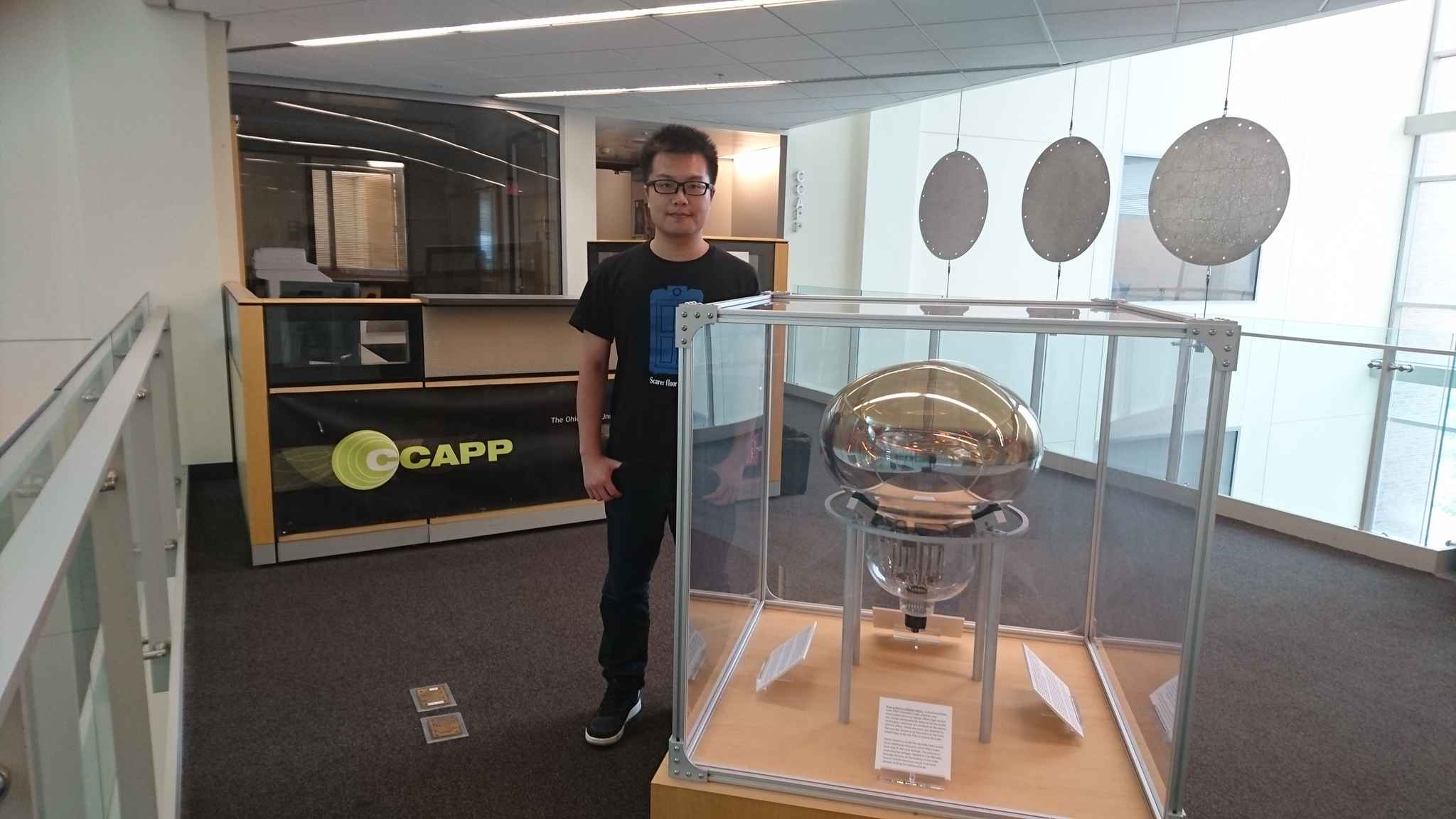 Kenny received his BSc in Physics from the Chinese University of Hong Kong in 2010. He then went to Ohio State University for PhD under the supervision of Prof. John Beacom.  After graduated in 2016, he received the Croucher fellowship and the Benoziyo fellowship to be a postdoc researcher in the Weizmann Institute of Science, Israel, supervised by Prof. Eli Waxman. He received an individual Marie Curie fellowship from the European Union in 2019, and joined the GRAPPA institute of the University of Amsterdam as a postdoc researcher, supervised by Prof. Shin'ichiro Ando (current position).

In the picture above, taken in CCAPP OSU, you can see a giant PMT that was used in the Super-Kamiokande experiment, as well as three plates used in the Sloan Digital Sky Survey.

Kenny is particularly interested in how can one test fundamental physics in astrophysical and cosmological settings.  During graduate school, he worked on various topics in astroparticle physics involving high-energy gamma rays, neutrinos, and dark matter.

One of his current research interests is on realizing the Sun as a high-energy astrophysical source.  Much about the high-energy Sun is unknown, in particular, its gamma-ray emission.  New observational and theoretical studies will tell us more about the Sun, local cosmic rays, high energy neutrinos from the Sun, as well as the Sun as a dark matter detector.

Kenny was awarded a Marie Skłodowska-Curie Individual Fellowship to conduct research at the University of Amsterdam (UvA). His research will be on understanding the peculiar gamma-ray emission of the sun.

With space telescopes, scientists only recently gained the sensitivity to precisely study the gamma rays from the Sun, presumably caused by energetic cosmic particles (cosmic rays) bombarding the Sun. Surprisingly, many properties of these gamma rays are not yet explained. Kenny plans to understand them through new observational and theoretical investigations, which will ultimately help us better understand the Sun itself and the solar system space environment.

Kenny will collaborate with Dr Shin’ichiro Ando here at GRAPPA.