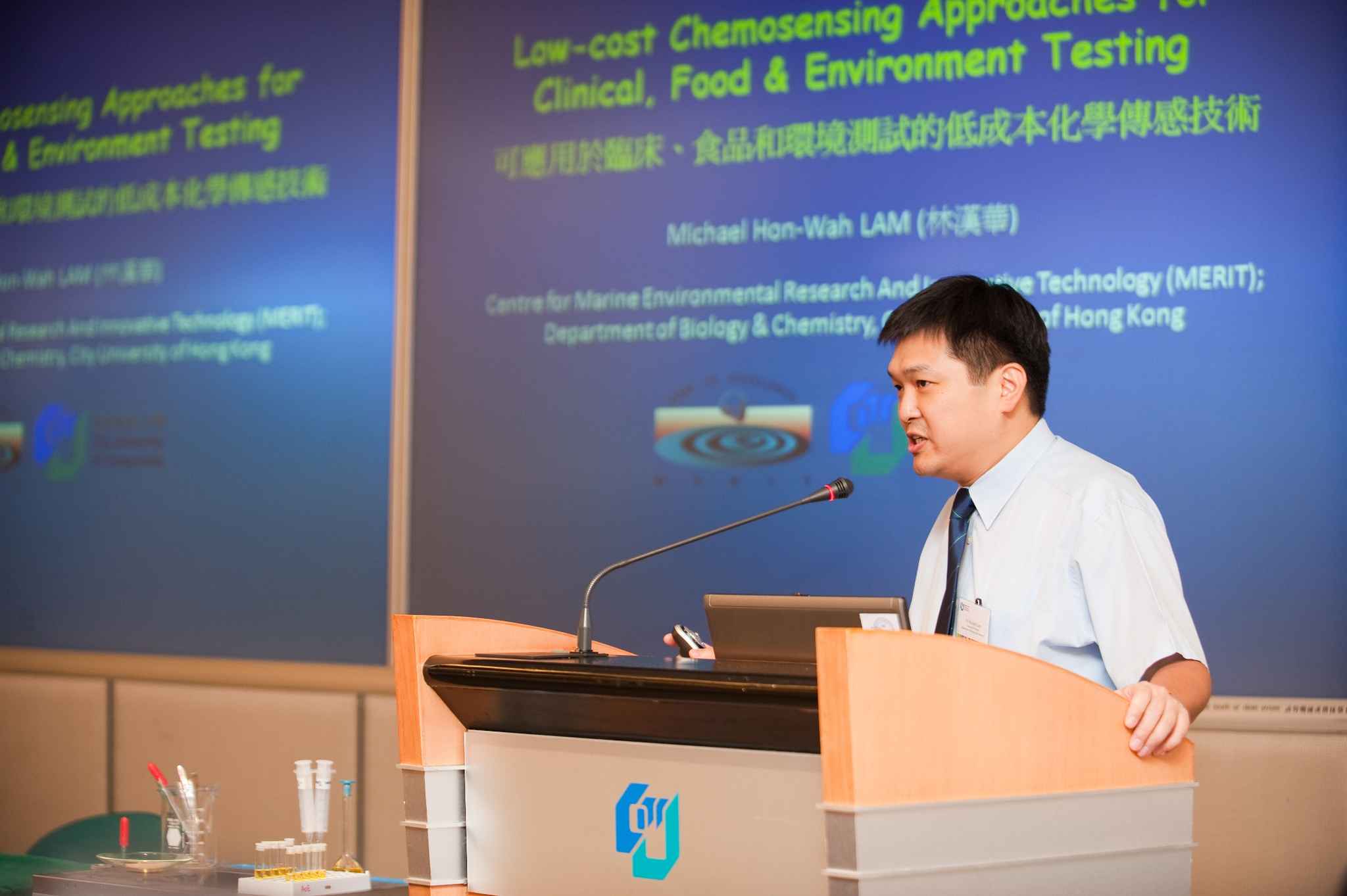 Dr Michael Hon-Wah Lam received his PhD from the University of Hong Kong in 1990. Then, he obtained a Croucher Fellowship to work with Nobel laureate the late Sir Geoffrey Wilkinson in the Johnson Matthey Laboratory of the Imperial College of Science, Technology and Medicine (present name of the institute is Imperial College London) in the UK as a post-doctoral fellow. Before joining the City University of Hong Kong in 1994, he has also worked as a forensic scientist in the Government Laboratory of Hong Kong, and as a water scientist in the Environmental Protection Department of Hong Kong.

Dr Lam is a Professor of the Department of Biology & Chemistry, City University of Hong Kong. His current research interest lies in two areas: (1) the development of new molecular, nano- and micro-scale materials for in vitro and in vivo imaging, and applications in environmental analysis; and (2) in vitro and in vivo metabolomic studies of various environmental contaminants. His research group has applied the molecular imprinting technique to develop numerous chemosensors for environmental/food contaminants and “smart” stimuli-responsive polymer materials for controlled release and uptake of drugs. His group has also developed various luminescent organometallic platinum(II) complexes and lanthanide-based nanomaterials for bio-labelling and cell imaging purposes.