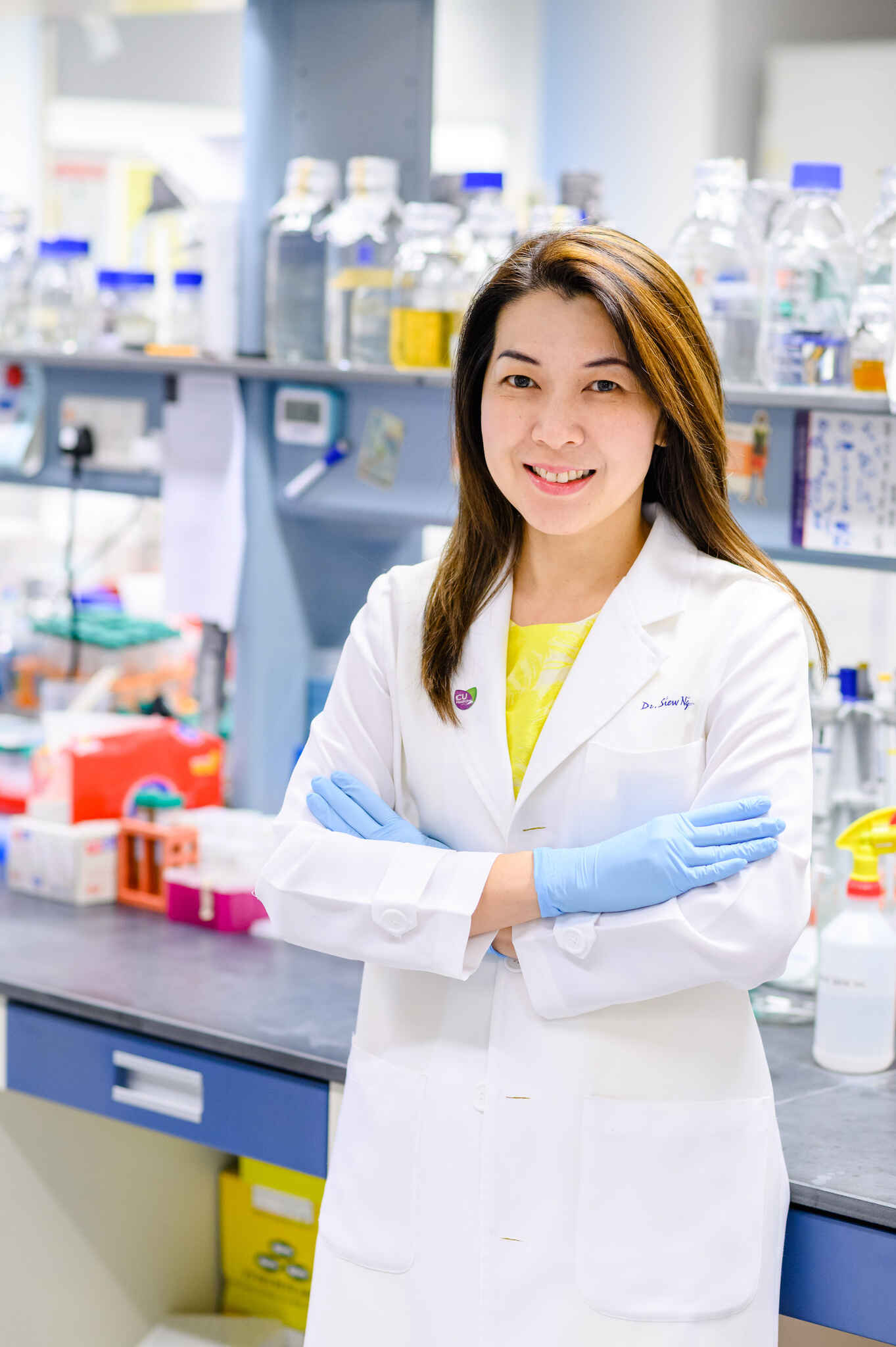 Prof Siew Ng is Professor at the Department of Medicine and Therapeutics and Assistant Dean (Development) of the Faculty of Medicine of the Chinese University of Hong Kong. She received her medical degree from St Bartholomew’s and the Royal London School of Medicine and Dentistry in 2000 and was awarded Doctor of Philosophy from Imperial College London in 2010.

Following her specialist training in Gastroenterology and Hepatology in London, she joined the CUHK as faculty in 2010. In less than a decade, she has made substantial contribution to advancing the science of IBD, nurturing young academics, and training specialists in this part of the world. As an international leader in Asia, she has brought together 15 countries and 30 centers in Asia-Pacific to study IBD. Her work not only put Asia in the world map of IBD research but also brought research opportunities to newly industrialized countries (including China and India) and led to a paradigm shift in regional public health. She is leading the ACCESS and IBD-GIVES-21 Epidemiologic research in Asia-Pacific and a 100K mother-baby cohort in Greater Bay area of China. She was one of the youngest academics elected to the highly prestigious International Organization for the study of IBD (IOIBD), which is an elite group of top 50 IBD leaders globally. She was bestowed with Visiting Professorship from prestigious institutions including Joanna and David Sachar International Award and Visiting Professorship in IBD (Mount Sinai, New York) and Sir Francis Avery Jones Award and Visiting Professorship (St Mark’s Hospital, London). Her research reputation has been recognized by leading international journals. She is Senior Advisor of Nature Review of Gastroenterology and Hepatology and Associate Editor of Gut, Management Committee of International IBD Genetics Consortium and past president of HK IBD Society. In the course of her research, she has published over 250 full scientific articles in Nature Genetics, Nature Communications, Lancet, Cell Host and Microbes, Gastroenterology and Gut.

Currently, Siew Ng is the Associate Director for the Centre for Gut Microbiota Research at CUHK, and Director for the Microbiota I-Center at Hong Kong Science and Technology Park. She utilizes the gut microbiota for the diagnosis and treatment of human diseases including inflammatory bowel disease, colorectal cancer, obesity, metabolic syndrome, autism, allergy, multidrug resistant infections, and clostridioides difficile infections. Her team has developed microbial markers to predict disease risks in children and adults. Evolving from fecal microbiota transplantation (FMT), the team is developing next generation probiotics for personalized microbial therapeutics. In 2017, she established Asia’s First Microbiota Transplantation & Research Centre and the first longitudinal FMT Registry in Asia to aid development of personalized gut microbiota-based therapy and safety surveillance.