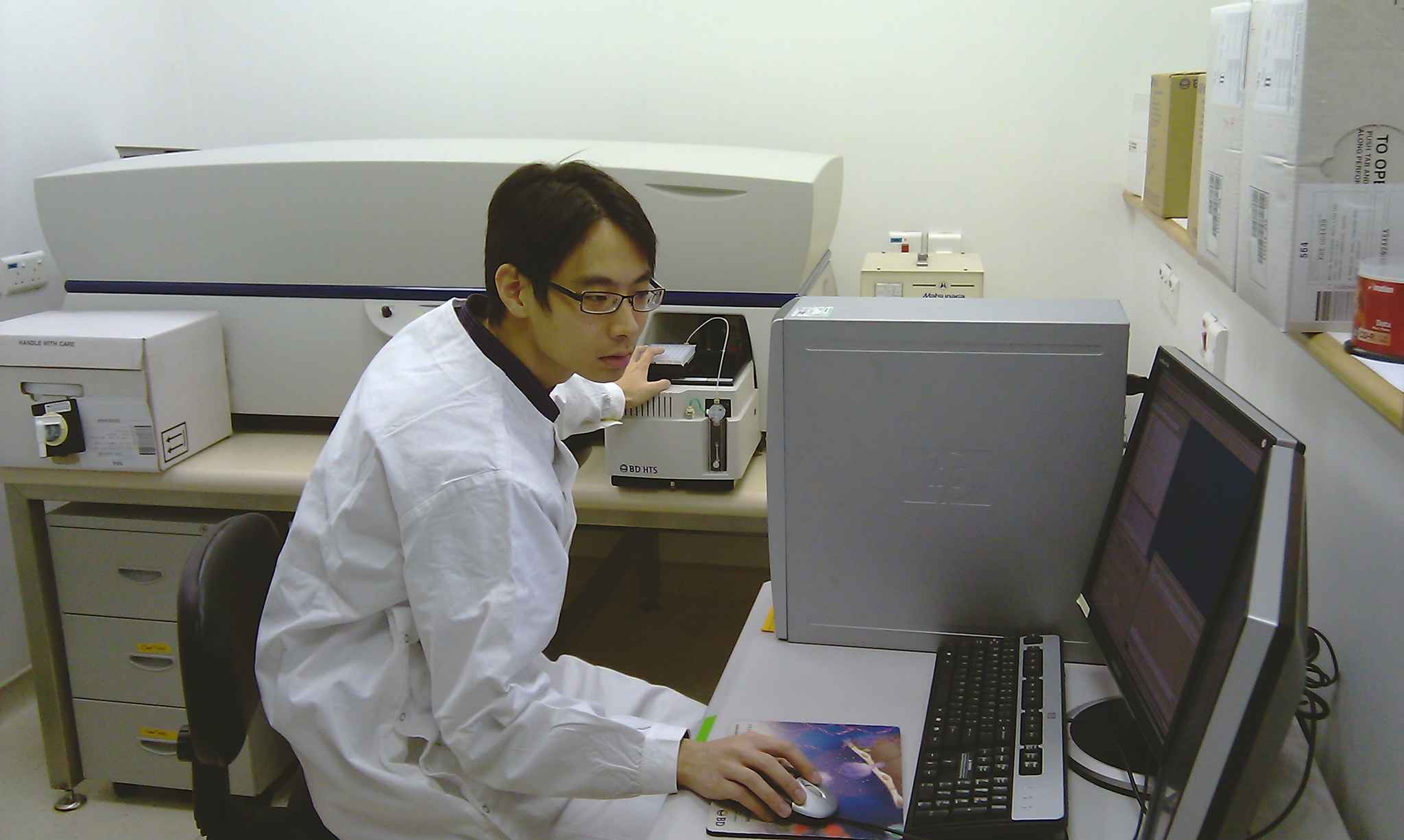 Peter Cheung received his Bachelor of Science degree from Queen's University and his Master of Science from the University of Western Ontario in Canada, studying the molecular mechanism of breast cancer carcinogenesis. With support from the Butterfield-Croucher scholarship, he obtained his PhD degree in virology, working with influenza viruses, under the supervision of Dr. Hui-Ling Yen and Professor Malik Peiris at the Center of Influenza Research. He is now a research assistant professor at the Chemistry Department at The Hong Kong University of Science and Technology, working in the transcriptional mechanisms of eukaryotes and viruses.

Drug-resistance of influenza polymerase: In our previous work published in the journal Nature Communications(1) to study influenza A virus (IAV) polymerase function and inhibition, we isolated a mutant virus (V43I) that is resistant to a NTP analog drug (ribavirin) and by drug-resistance screening and discovered that a single mutation in Influenza polymerase protein conferring ribavirin drug-resistance could increase the selectivity for NTP and against the drug(1). This provides a molecular basis for viral diversity, and subsequent work by another group has consolidated our results and furthered demonstrated that our discovered mutation can be used for the development of attenuated IAV vaccine(10) and has been cited and reviewed by Nature Reviews Microbiology and Nature Medicine and served as the basis for subsequent work in a paper in Cell.

Development of original assays for influenza: We have developed original assays to detect IAV virus and identify the species origin in degraded RNA samples(4). We have designed a comprehensive method to analyse viral diversity and mutational signatures of different IAV subtypes(2) and our discovered V43I virus with altered fidelity(5).

Fidelity of eukaryotic RNA polymerase II (Pol II): To maintaining high transcriptional fidelity, Pol II is known to exert “intrinsic cleavage” nuclease activity to proofread the nascent transcript. We combined ab initio quantum mechanics/molecular mechanics studies and biochemical cleavage assays to show that Pol II utilizes downstream phosphate oxygen to activate the attacking nucleophile in hydrolysis, while the new 3’end is protonated through active site water molecule instead of a defined general acid(11).  These theoretical observations are supported by intrinsic cleavage assays, with which we demonstrate that alteration of the downstream phosphate position leads to a great reduction in the cleavage rate using a scaffold with modified backbone linkage(11). Our proposed cleavage mechanism is independent of Pol II amino acid residues, suggesting that the polymerase can employ the same active site for two chemical reactions by compartmentalizing the two reactions by distinct mechanisms(11). This work is published in the prestigious journal Nature Catalysis.

Future work: Our work integrates our expertise in chemical biology and genomics to develop novel platform to understand how influenza replicates its genome and discover novel compounds to terminate this process. This has great potential to treat influenza infection to combat drug resistance in existing influenza drugs. Our work will have significant long-term implications to understand the structure of function of influenza polymerase. This provide us a strong motivation to take advantage of our expertise in using biochemical and genomic experiments and molecular dynamics simulations to study viral, bacterial, and yeast RNA polymerases to further elucidate the mechanisms of influenza polymerase function and inhibition.