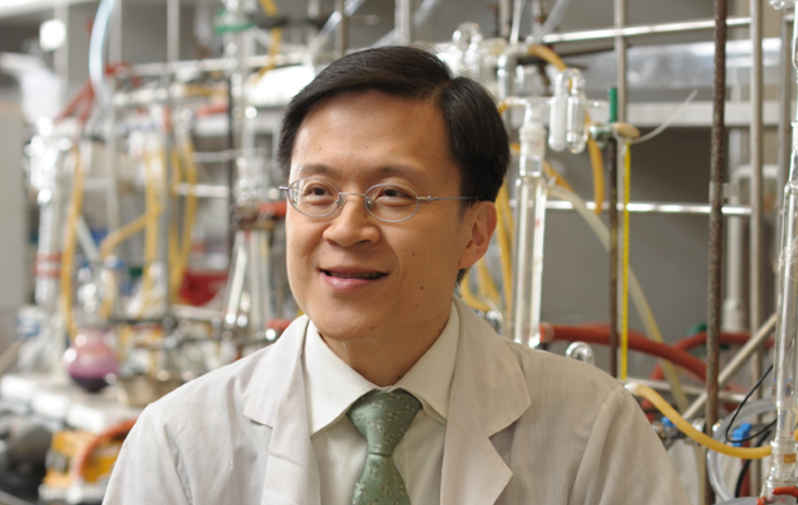 Professor Raymond Wai Yeung Wong is currently the Chair Professor of Chemical Technology and Associate Dean of Faculty of Applied Science and Textiles at the Hong Kong Polytechnic University (PolyU). From 1998 to 2016, he worked at Hong Kong Baptist University and has served as the Chair Professor and Head of Department of Chemistry there before moving to the PolyU. Professor Wong is internationally renowned for his research in metallopolymers and metallo-organic molecules with energy functions and photofunctional properties. He has made profound contributions in the field of organometallic optoelectronics and photovoltaics. His research focuses on synthetic inorganic and organometallic chemistry and structural chemistry, with special emphasis on developing novel molecular functional materials and polymers containing late transition metal elements, setting a common goal especially towards advancing energy-related technologies. His works were published in high-impact journals such as Nat. Mater., Nat. Commun., Chem. Soc. Rev., Acc. Chem. Res., Angew. Chem. Int. Ed., J. Am. Chem. Soc., Energy Environ. Sci., Adv. Mater., Adv. Funct. Mater., etc..

Professor Wong has a distinguished publication record of over 500 scientific articles to date with the current H-index of 66 and ranks among the world’s top 1% in the ISI list of most cited chemists and materials scientists. He is also listed as the “Highly Cited Researcher” by Thomson Reuters for 2014-2017. He becomes the first Chinese scientist to be presented with the Chemistry of the Transition Metals Award by the Royal Society of Chemistry in 2010. His research accomplishment has also led him to a Croucher Senior Research Fellowship in 2009, a First Class Prize in Natural Science Award from the Ministry of Education of People’s Republic of China in 2010, a FACS Distinguished Young Chemist Award by the Federation of Asian Chemical Societies in 2011. In 2012, he also received the Ho Leung Ho Lee Foundation Prize for Scientific and Technological Innovation and Distinguished Lectureship Award from The Chemical Society of Japan. He is also the recipient of the State Natural Science Award (Second Class) from the State Council of China in 2013 and Japanese Photochemistry Association Lectureship Award for Asian and Oceanian Photochemist in 2014. He was awarded the 2018 ACM SIGMOBILE Test-of-Time Paper Award.