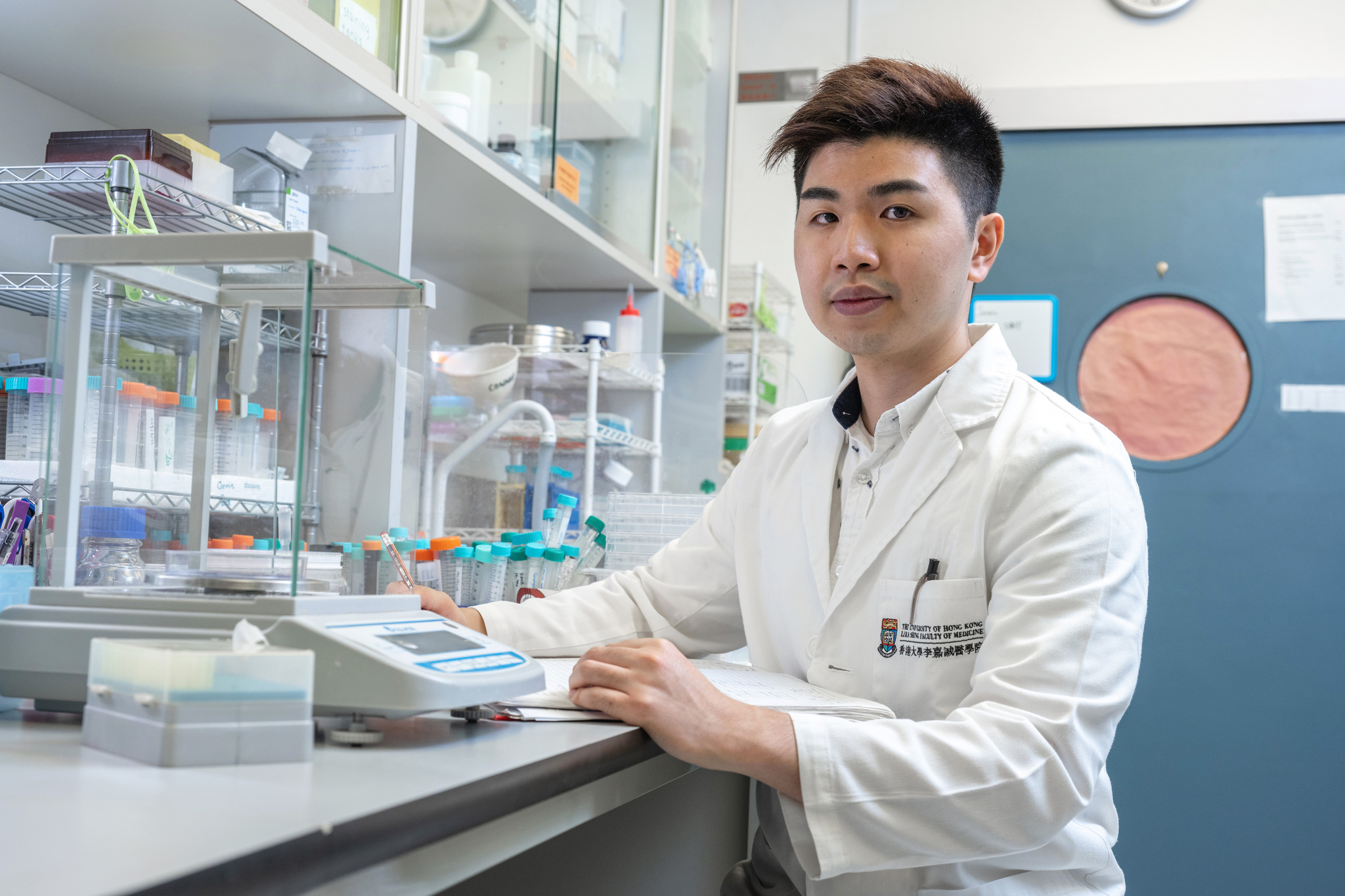 Samson Wing Ming Cheung studies metabolism, adipose tissue biology, and the sympathetic nervous system. He is researching the role and molecular basis of S100B-RAGE axis in adipose tissue sympathetic innervation, which could help us better understand obesity and other metabolic disorders.

Cheung is studying whether S100B reduces adipose innervation in obesity, by employing in vivo models with genetic and pharmacological interventions. Both trophic and toxic effects of S100B are mediated by the receptor for advanced glycosylation end products (RAGE). Little is known about how S100B concentration leads to opposing RAGE responses. Based on structural analysis, S100B can form homodimer and higher-order oligomers differentially interacting with RAGE. It is proposed that S100B oligomerization increases at higher concentration and shapes the RAGE conformation in a way suitable to bind certain adaptor proteins, resulting in paradoxical functions. S100B oligomerization and RAGE downstream transducers will be investigated by native mass spectrometry and proximity-labelling proteomics respectively.

Samson Wing Ming Cheung is a DPhil student at University of Oxford. He earned his BSc in Food and Nutritional Science and MPhil in Pharmacology and Pharmacy at the University of Hong Kong.