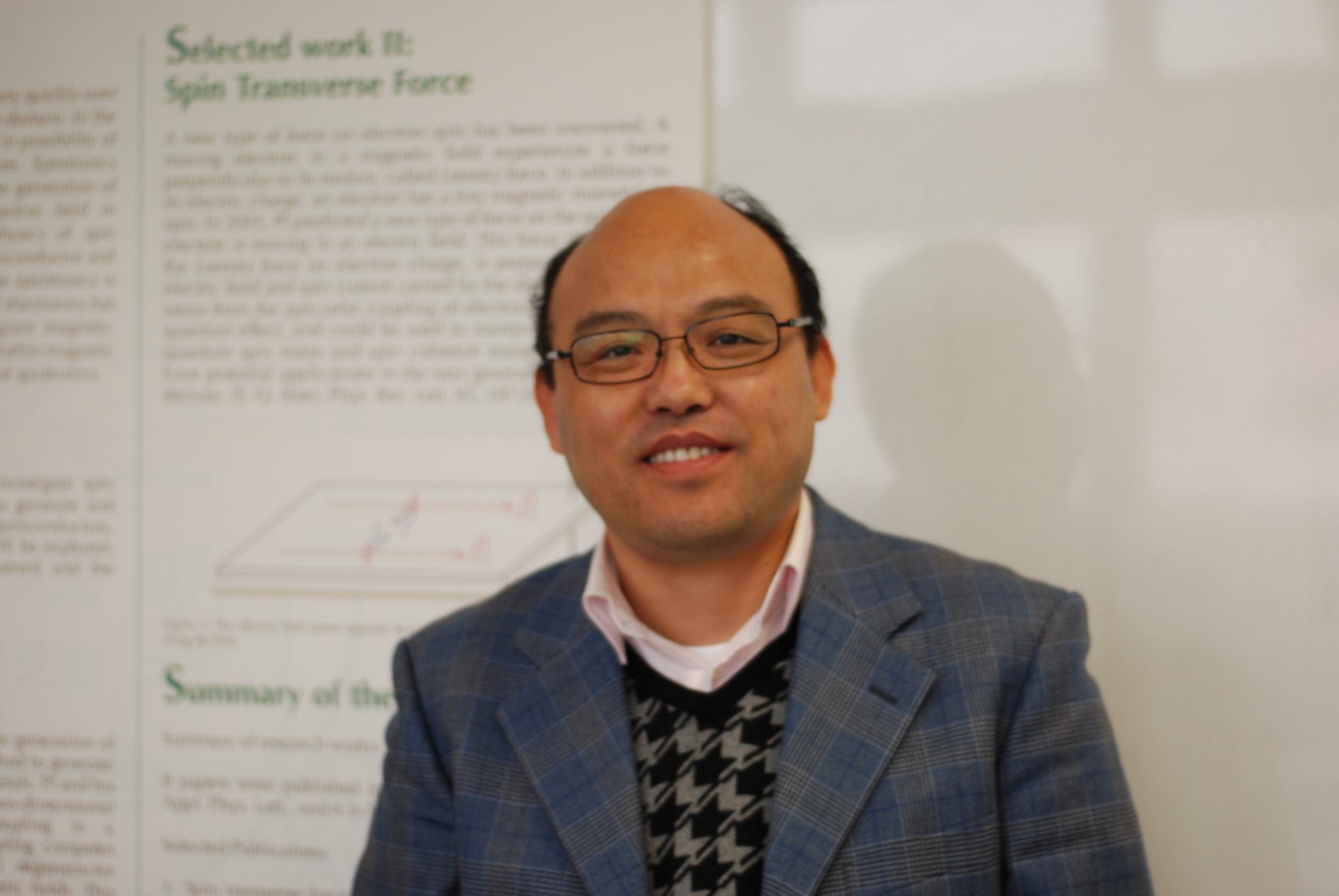 Professor SHEN Shun Qing is Professor of Physics at The University of Hong Kong. Professor Shen is distinguished for his contribution to condensed matter physics, in particular his prediction of topological Anderson insulator, spin transverse force, and resonant spin Hall effect, and his rigorous proof of existence of antiferromagnetic long-range order and off-diagonal long-range order in itinerant electron systems.

Professor Shen’s field of research is on theoretical condensed matter physics that deals with the macroscopic and microscopic physical properties of matter. In particular, it is concerned with the "condensed" phases that appear whenever the number of constituents in a system is extremely large and the interactions between the constituents are strong. His research interests include strongly correlated electron system, quantum Hall effect, fractional quantum statistics, and orbital physics in colossal magneto-resistance materials. In 1993, he rigorously proved the existence of antiferromagnetic long-range order and off-diagonal (superconducting) long-range order in itinerant electron systems.

His current research interests focus on spin transport in semiconductor and topological insulators. In 2005, he uncovered a new force on moving electron spins in an electric field, which provides an intuitive picture for understanding the exotic behaviours of moving electron spins in semiconductors. In 2004, he and his collaborators developed a theory of resonant spin Hall effect in semiconductor hetero-junctions which generates a finite spin current in a tiny external field. In 2009, he and his students found that disorders and impurities may generate a metallic edge or surface states, and identified a novel state of quantum matter, named topological Anderson insulator. He and his collaborators developed the theory of the surface states and thin-film of topological insulators in 2010 and theory of weak antilocalization for massive Dirac fermions for topological surface states and thin-film of semiconductors in 2011.