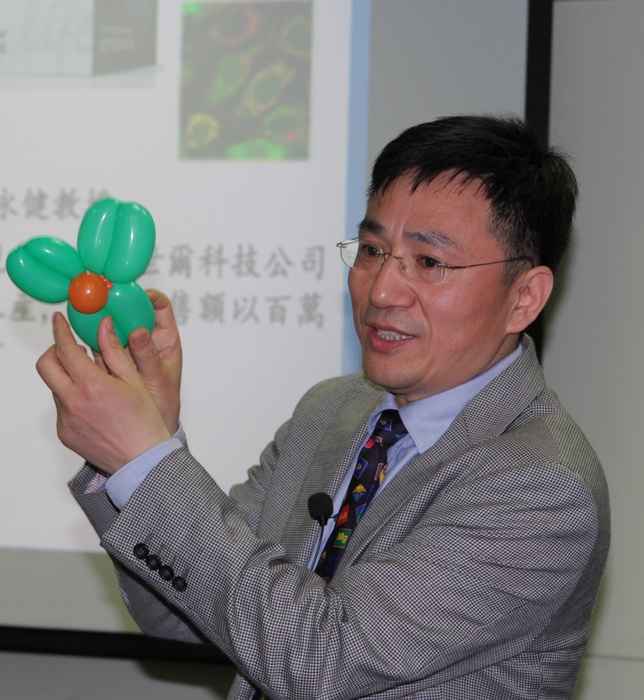 Professor Sun Hongzhe is a leading expert in the ﬁeld of biological inorganic chemistry and metallomics. His major achievements included studies of metal transport and storage proteins and their relationship with metallodrugs which provide a basis for mechanism-based drug design.

Sun is the recipient of the Croucher Senior Research Fellowship (2010–2011), the National Natural Science Foundation of China (NSFC) Outstanding Young Scholar Award (2005), and the HKU Outstanding Researcher Award (2009–2010). As of early September 2015, Sun has published 149 research articles with a total of 6,365 citations.

Understanding the mechanism of action of medicinal inorganic chemistry is crucial in order to design more effective drugs. Currently, Professor Sun focuses on the design and synthesis of new metal complexes, their interactions with peptides, proteins and enzymes under a variety of conditions by various chemical and biophysical techniques.

Metallomics and metalloproteomics are an emerging field complementary to genomics and proteomics, a frontier of biological inorganic chemistry. Professor Sun is also studying the role, uptake, transport and storage of selected metals essential for protein functions.