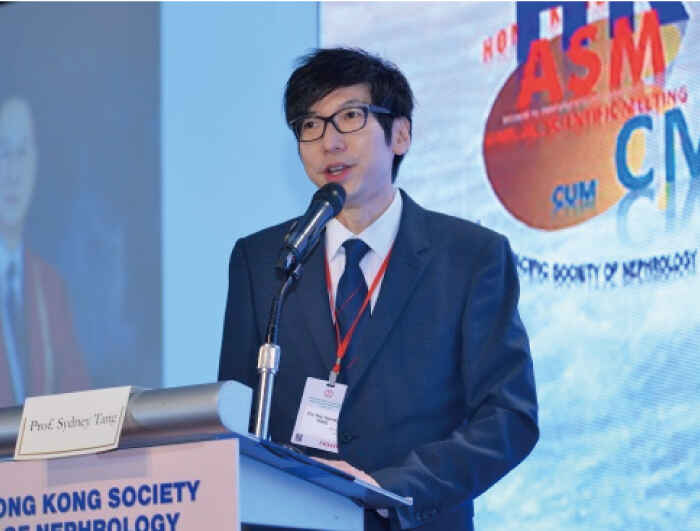 Professor Sydney Tang is known for his contributions to both clinical and basic sciences in the field of nephrology, the study of kidney diseases or nephropathies. His major research interest is to elucidate disease mechanisms and unravel novel treatments of chronic progressive proteinuric and diabetic nephropathies, which are the leading causes of end-stage kidney disease in most developed countries worldwide. Through his pioneering work in cell biology, he has dissected some of the most important intracellular pathways through which excessive albumin, high glucose and glycated proteins can induce toxicity to the kidney tubule cells, the very cell type in the kidney that determines ultimate clinical outcomes in patients with nephropathies. His group is among the first to report the role of Toll-like receptor 4 and innate immunity in the pathogenesis of diabetic kidney disease. In the field of clinical science, he is among the first to promote the use of mycophenolate mofetil in the treatment of IgA nephropathy, the most common form of primary glomerular disease in the kidney, among Chinese patients. He is past chairman of the Hong Kong Society of Nephrology (2016-2018), President-elect of the Asian Pacific Society of Nephrology and Executive Committee of the KDIGO (Kidney Disease: Improving Global Outcomes), the global organisation developing and implementing evidence-based clinical practice guidelines in kidney disease.