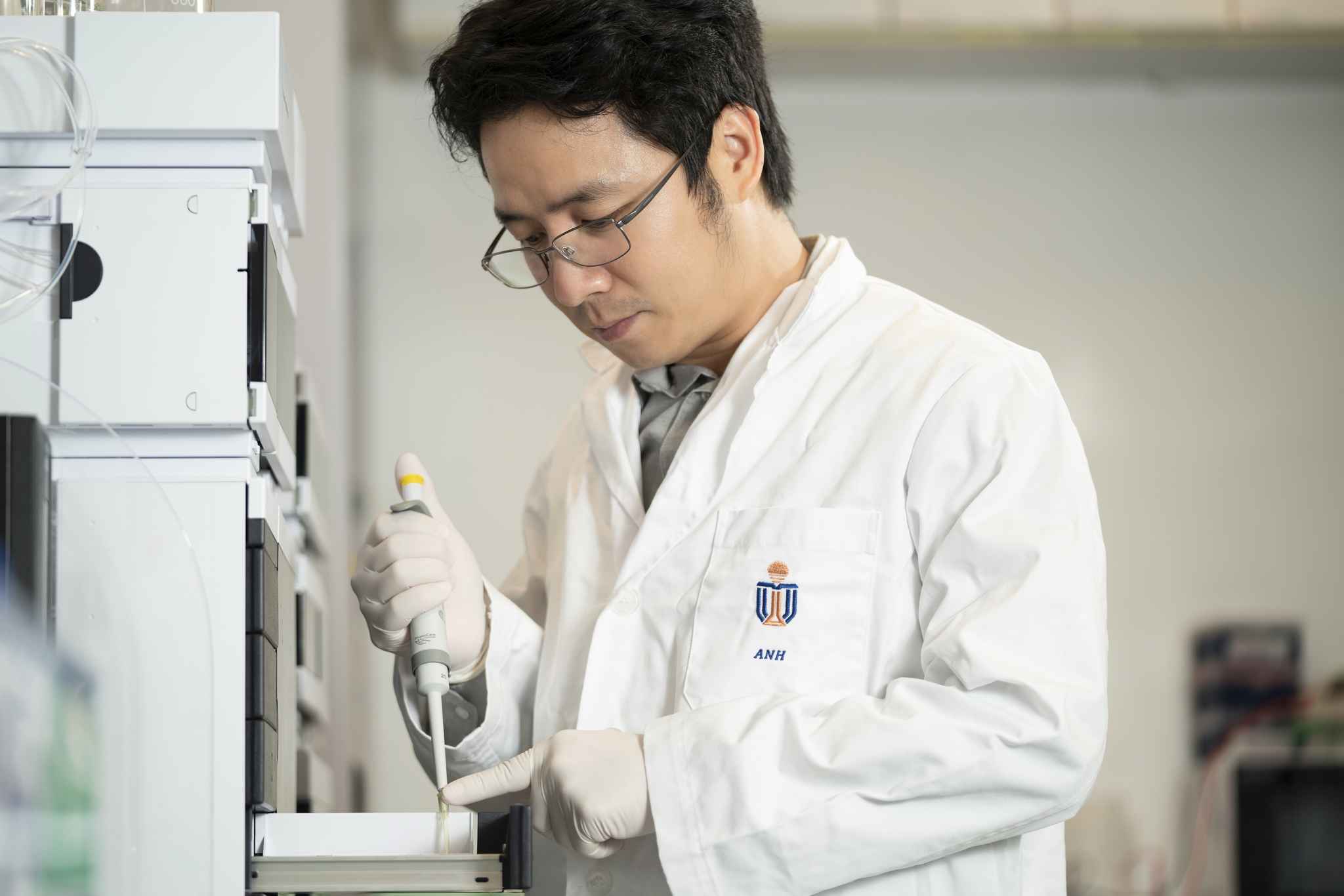 Dr. Nguyen is originally from Vietnam. After graduation from Vietnam National University, he went to Korea and obtained his Ph.D. in Biochemistry from Korea Advanced Institute of Science and Technology (KAIST). During his Ph.D. period, he focused on studying DNA replication, recombination, and repair. Subsequently, Dr. Nguyen moved to Seoul National University and worked as a postdoctoral researcher. There, he researched microRNA biogenesis and made an essential contribution to understanding the molecular mechanism of human Microprocessor that is one of the major factors in microRNA biogenesis. In 2017, he started his lab in the Division of Life Science at HKUST as an Assistant professor. His lab aims to address the molecular mechanism of RNA-interacting proteins using biochemistry and bioinformatics approaches.

MicroRNAs (miRNAs) are small non-coding RNAs that are approximately 22 nucleotides long. They are not used to synthesize proteins but control protein production via silencing gene expression. miRNAs are present in various organisms. In humans, many miRNAs associate with numerous human diseases, including cancers and neurodegenerative diseases. Each miRNA sequence is extracted from primary miRNA transcripts (pri-miRNAs) in miRNA biogenesis. Pri-miRNAs exhibit significant diverse features in their primary sequences and secondary structures that influence miRNA expression. His lab focuses on comprehensively understanding how the modulated and structured elements of pri-miRNAs are recognized and interacted with multiple RNA-interacting proteins and enzymes as well as small chemical molecules, employing multidisciplinary approaches, including biochemistry and bioinformatics techniques. The obtained knowledge from his lab would offer a fundamental understanding of miRNA-caused human diseases and a guideline for designing artificial pri-miRNAs in gene knockdown technology.