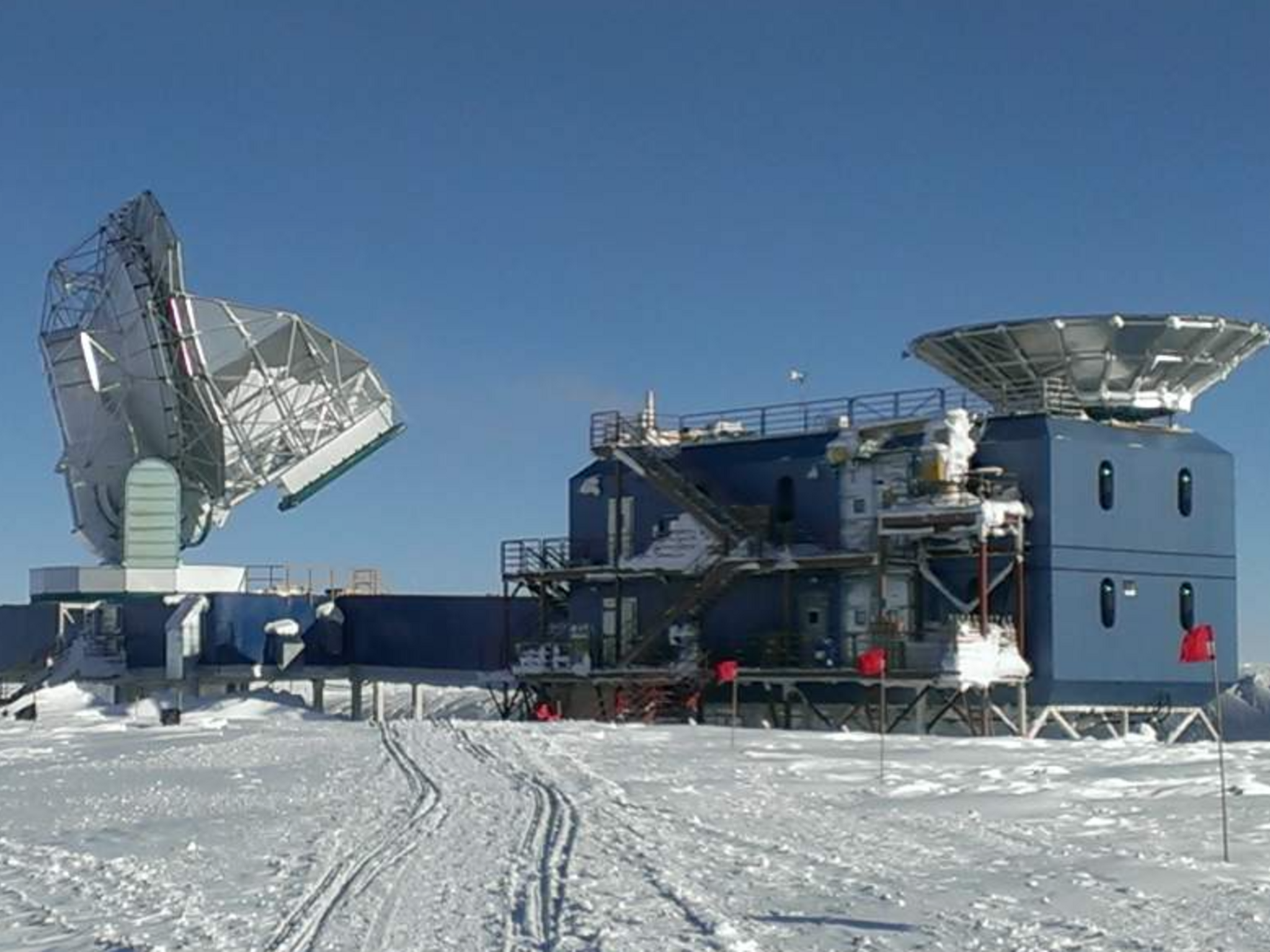 The photo above was taken at the geographical South Pole during the austral summer of 2014-2015, when Dr Kimmy Wu was there to deploy BICEP3, a new CMB telescope to the BICEP/Keck Array series of inflationary probes.

Dr Wu is an observational cosmologist going after imprints of the early universe on the cosmic microwave background (CMB) and in large-scale structure.

Wu builds and works with teams to write software to achieve this goal using data from state-of-the-art mm-wave telescopes SPT and BICEP/Keck Array. To break new ground, she is involved in planning the next-generation ground-based CMB telescope, CMB-S4.

In graduate school, Wu was part of a small team that designed, built, and deployed the BICEP3 telescope. That experience predisposes me to focus my analysis attention on instrumental systematics, along with astrophysical ones that can bias our measurements. With her interest in Machine Learning (ML), Wu seeks to effectively apply ML in cosmology---from instrument to science.

Outside of unveiling the mystery of our cosmos, Kimmy likes hiking, skiing, and she is particular about coffee.