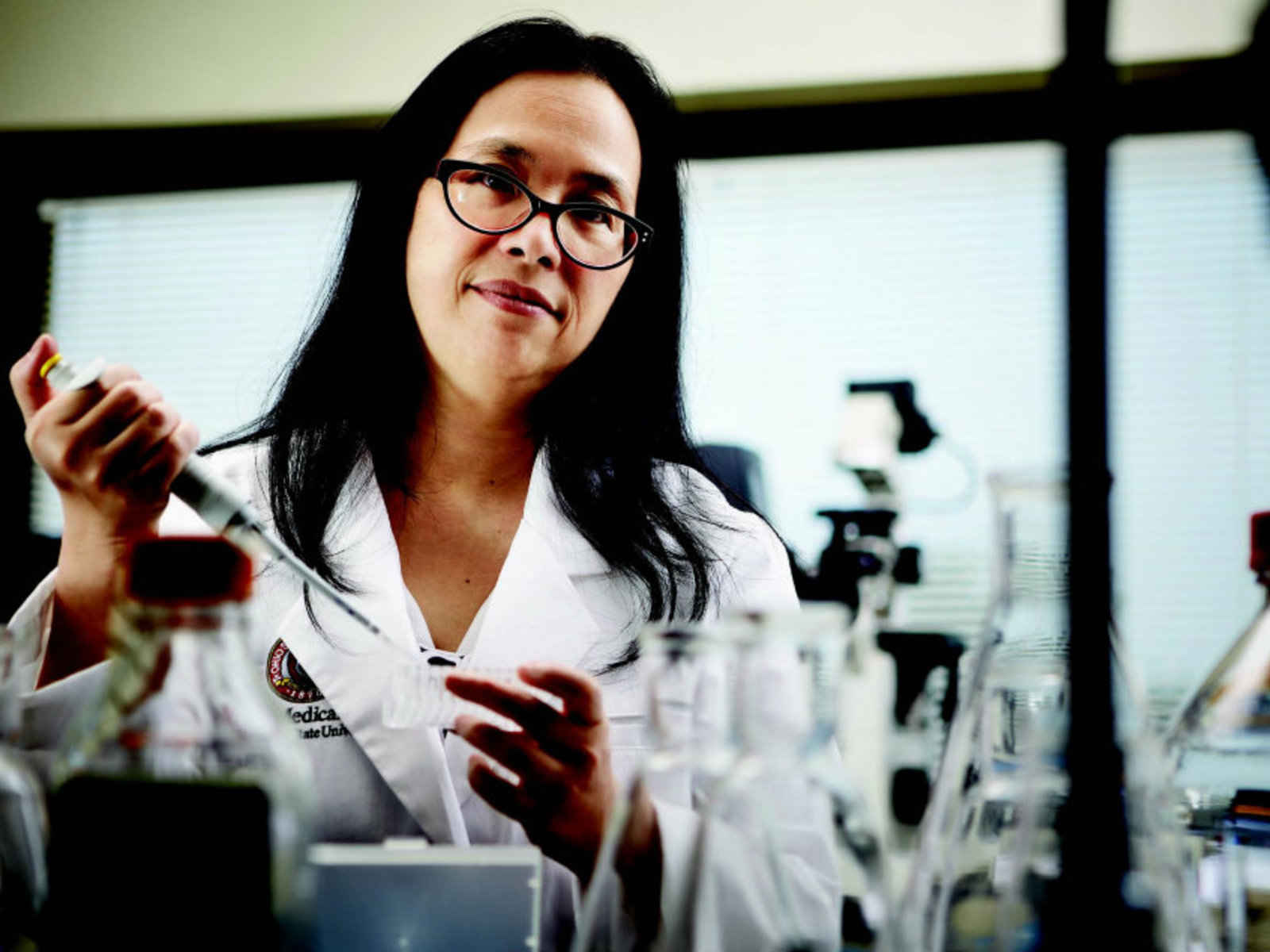 Dr Wu's research started as a curiosity to understand the mechanism of somatic V(D)J recombination. The variable regions of the immunoglobulin and T cell receptor genes are not encoded in our genome but are assembled by V(D)J recombination during B and T cell development, respectively. V(D)J recombination is a site specific somatic DNA rearrangement event mediated by the recombination signal sequences (RSS) and products of recombination activating genes (RAG1 and RAG2). Given that RAG1 and RAG2 are present in all developing lymphocytes capable of V(D)J recombination, it is still puzzling what controls the selection and ordering of recombination of specific gene segments. We have identified a large zinc finger protein KRC/ZAS3 that binds to the RSS as well as to the kappa B enhancer motif.; Because ZAS3 is an unusually large DNA binding protein with many structural domains and motifs, we propose that it may provide a platform for the interaction of the recombination and transcription machineries, and hence contributes to the regulation of V(D)J recombination. Of interest, ZAS3 is not only the major RSS binding protein present in lymphocytes, its DNA binding ability is subjected to feedback regulation of V(D)J recombination. Besides serving as a transcription factor for genes involved in growth and metastasis, ZAS3 has recently been shown to inhibit NF-kappaB signaling through specific interaction with the TNF receptor associated factors. Other properties, such as its gene structure and regulation of gene expression, make the study of ZAS3 a challenge. For example, one intriguing finding was that one of the ZAS3 intron, when retained in mRNA, encodes for a DNA binding structure. The study of ZAS3 and its related genes may provide footprints to trace the evolution of the vertebrate genomes.

Dr Lai-Chu Wu's research interest is in osteo-immunology – the interaction of signal pathways and transcription factors that regulate bone development and immunity. Bones provide protection to vital organs and mechanical support to the body. They are also important for the regulation of blood, calcium and phosphorus and support of hematopoiesis in the bone marrow. Hence, bone physiology and immunity has an intimate relationship.

Bone remodeling is a dynamic process and bone mass is a balance between the activity of two cell types: osteoblasts for bone formation and osteoclasts for bone resorption.

Those ZAS3-/- mice show adult onset of high bone mass. Biochemical and genetic studies show that ZAS3 is essential for osteoclast differentiation and function. The ability of ZAS3 to block osteoclast development and activity and the fact that ZAS3-/- mice have better bone quality suggest ZAS3 could be a target for the treatment of osteoporosis.

Second, her group used transgenic mice that contain a luciferase reporter gene whose expression is under the control of the happa B enhancer element, a lignad for ZAS3 and NFkB.

Using an in vitro imaging system, they study the effect of alternate medicine, including exercise and massage to alleviate inflammation responses, including bacterial infection and arthritis.