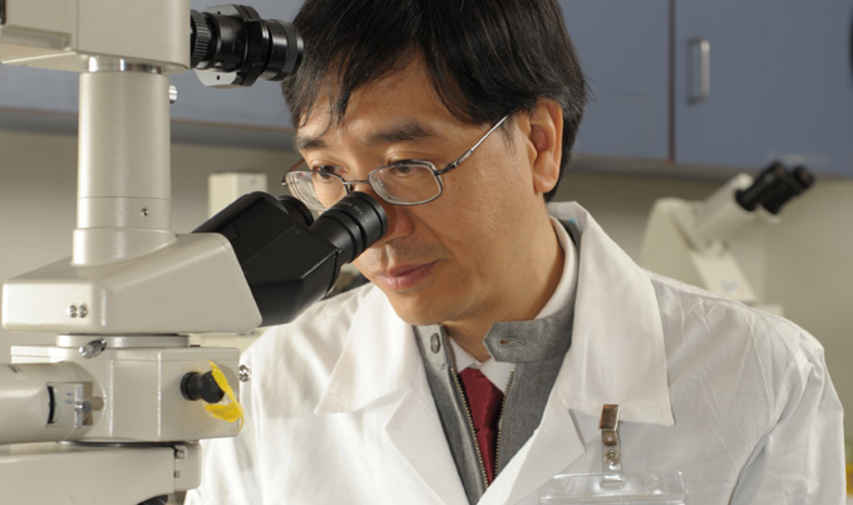 Professor Kwok-Yung YUEN, who graduated from the University of Hong Kong in 1981 and heads the Department of Microbiology, has the rare distinction of being a microbiologist, surgeon and physician. His success in these three areas is exemplified by his numerous Fellowships at distinguished institutions, including the Hong Kong Colleges of Pathologists, Surgeons and Physicians, the American College of Physicians, the Royal College of Pathologists of the UK, the Royal College of Surgery of Glasgow and the Royal Colleges of Physicians in Edinburgh, Ireland and London, and also the Academician, Chinese Academy of Engineering (Medicine and Health).

In 2000, he was appointed the Scientific Co-director of the HKU-Pasteur Research Centre to set up a joint research venture between the Institute Pasteur and The University of Hong Kong because of his expertise in the area of emerging infectious diseases. His research strategy starts at the bedside by targeting patients with an obscure disease syndrome. He then moves to the laboratory to identify the novel microbe in clinical specimens. The animal source of the new microbe is then identified in the field. With these research data, he can help the government to contain outbreaks by controlling the epidemic centre. His leadership and experience have enabled him to rapidly mobilize and coordinate the joint effort of clinicians, microbiologists and epidemiologists in trying situations.

Widely known among specialists in infectious diseases, Professor Yuen made his mark in 2003 when the outbreak of Severe Acute Respiratory Syndrome, or SARS, gripped the globe. He played a key role in the discovery of the agent causing SARS, the SARS coronavirus, thus leading to measures that were crucial to containing the outbreak of this disease. He has also led his team in the discovery of other disease agents, including the novel Human Coronavirus HKU1, the bat SARS coronavirus, bat coronavirus HKU2 to 13, Laribacter hongkongensis and many other bacteria named after Hong Kong or China. He published the first clinical and laboratory diagnostic paper on Influenza A H5N1 in the Lancet which has been cited over 400 times since 1998 and in a review paper on this subject in the New England Journal of Medicine in 2005. The University of Hong Kong appointed to him the Henry Fok Professorship of Infectious Diseases in 2005. The Ministry of Science and Technology of China has given the honour of the State Key Laboratory of Emerging Infectious Diseases – the first State Key Laboratory outside the Mainland, to HKU in recognition of its exemplary contributions this area and Professor Yuen has been the first Director of this laboratory. The HKSAR government has also honoured his contributions with the award of a Silver Bauhinia Star.

He is one of the top 1% researchers in the world, as ranked by the Essential Science Indicator (ISI web), and has published more than 800 papers in peer reviewed journals including the Lancet, New England Journal of Medicine, Science, Journal of Virology and PNAS, with over 25,000 citations. His field of interest is novel microbes in emerging infectious diseases.